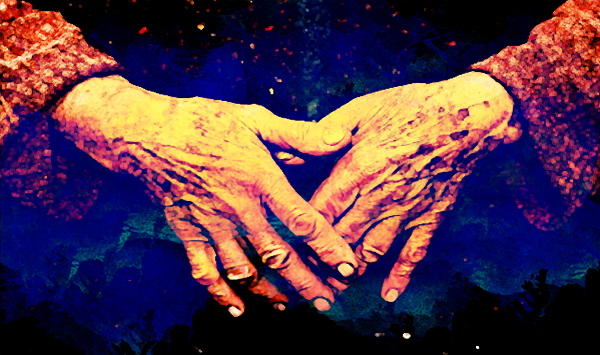 Dappir’s hands were sob­bing, sweat­ing, shak­ing, look­ing for a place to hide under her teats. A bed in which they could dream until eter­ni­ty. “The child was still­born,” Dap­pir said, low­er­ing her eyes. Then she was silent……

Dap­pir hid Der­man for anoth­er two days under a pile of grass­es in the sta­ble. She brought her warm milk, cooked plump dried mul­ber­ries for her but, no mat­ter what she did, Der­man did not put a thing to her mouth. She only drank a bit of water, she drank as if the water was bathing her pain, extin­guish­ing the fire inside her, water, noth­ing else…

Memo was a believ­er. He was a man who had made vows to the huge moun­tains, prayed to the water, the tree, the sun, and who had shed so many tears. “Pity me, now, mas­ter of this earth and of the sky, show me the way.”

Memo woke up on that night bathed in sweat. He had dreamt. In this dream, Der­man was dead! Under a holy tree, there was only Memo and Derman’s remains. For water, there was not even a drop of dew. His daugh­ter was naked and Memo bathed her with his tears.es.

He rose and opened his hands toward the sun about to rise and began with a vow for everyone’s well-being, then for a place for him­self in the cor­ner. Then, he gath­ered all his chil­dren and his wife around the tin stove in which sparks were fly­ing. Hence­forth, no one must say a sin­gle word heav­ier than a rose to Der­man. The god show­ing me the suf­fer­ing from the loss of a child would be best to take his own life. They were going to eat under this roof and man­age, no mat­ter what their fate. They would see what was writ­ten on their forehead…

In a com­mand­ing voice, he sent his wife over to Dap­pir. His daugh­ter was much too pre­cious to be the prey of a “blond bum”, he had not raised her in pover­ty for nothing…

With hands on her chest, Dap­pir greet­ed Derman’s moth­er. As if the moun­tains had crum­bled and Dap­pir had been buried under them. She poured all the pain of her hands on the moth­er, telling her every­thing. How she had pro­ceed­ed, how she could not under­stand either, who would want to mar­ry Der­man with a bastard…It had hap­pened all of a sud­den, there you had it, all of a sudden…

They embraced and togeth­er cried for mil­lenia over their fate.

On these lands, if there is a father behind a woman, if he is as sol­id as a moun­tain, unshake­able, she will not let her­self be dis­cour­aged eas­i­ly. She will not turn into a peb­ble, dust, smoke, she will not kill her­self. Der­man came back to the house with her suf­fer­ing. She with­drew into her­self. “Eh, yeah, no”. With these three words, she built a tomb deep with­in her­self, where she stood guard day and night, she gave her­self up to domes­tic tasks.

Storms broke out, rains fells, the snows from the huge moun­tains melt­ed and filled the streams.

Moth­er Earth called up spring in all its splen­dors. Thanks to it, Der­man got a bit of a grip on her­self. She had taught all she knew, time would take care of the rest.

Der­man was an open wound before Dappir’s eyes, an unend­ing wound strik­ing her hands with a stone. It could not go on this way, it was no longer pos­si­ble. One morn­ing she awoke with the roost­ers. She threw her­self on the moun­tain paths and soon dis­ap­peared from view. She arrived in a ham­let, don’t ask how many vil­lages fur­ther, at Cafer the shepherd’s, her kirve 1In Ale­vism, a per­son cho­sen after an agree­ment with two fam­i­lies who becomes an almost-kin who guides and aids.Three years ear­li­er, Cafer had lost his wife to pneu­mo­nia, leav­ing four orphans behind her.

Dap­pir sat Cafer in front of her. She talked about Der­man, and about every­thing that had hap­pened: “Der­man is wound­ed, she is young, can­did, if you bind her wound, if you take care of her and heal her, she would be a good wife for you, a good step-moth­er for your chil­dren. Go and get her, take her, save Der­man, save your­self and myself, in the name of the faith…”

Then, out of the pock­et sewn into her belt, the took out a gold coin and left it in Cafer’s hands as cal­loused as stone. “It was the coin for my shroud, you will give it to the girl’s moth­er, as her milk­ing right. Go, that I may be in peace” she said, and returned to her house, with the tomb in her hands.

Cafer had hoped for an eye, Dap­pir was offer­ing him two. He descend­ed like a del­uge, Cafer, and in the blink of an eye, found him­self at Memo’s door. He asked for Der­man as his wife, with Allah’s bless­ing. The gold piece for Dappir’s shroud then found itself with the beads around the neck of Derman’s moth­er, like that of an old­er sister.

Der­man did not wish for hen­na nor for betrothals. She did not ask who was Cafer, nor what kind of man he was, and did not even look at him. A few days lat­er, they left, Cafer lead­ing, Der­man walk­ing behind, and dis­ap­peared on the moun­tain paths.

Cafer always behaved well with Der­man. And, with time, Der­man came to appre­ci­ate Cafer. She nev­er returned to her vil­lage until the death of her father Memo. Dur­ing long years she had no chil­dren, then they had a girl and a boy.

Dappir’s hands spread out on the grass and on the stones. Every­one end­ed up learn­ing about the blood on those hands. She lost her respectabil­i­ty, became anoth­er Dap­pir. For that Dap­pir, dis­dained by all, chased away from every­where, even in the ceme­tery where her kin were buried…So, she sold every­thing she could, and set­tled in a vil­lage of Kuzuova.

When had Dap­pir arrived in this vil­lage, how the thrown stones pur­sued her all that way, no one knows. All that is known is that no one likes Dap­pir anymore.

Kuzuova’s poplars are reput­ed… They becomes hous­es, fences, they become lad­ders for the roof. One day, while climb­ing to the roof, Dap­pir slipped on a rung and fell. Her hip broke. Her grand chil­dren rushed Dap­pir to the hos­pi­tal, in vain. She was old her bones were like dust, her leg would nev­er heal…

For Dap­pir, the black­est days arrived after this. She could no longer go to the toi­let on her own, she could not get up to take her bread. It was sum­mer. It was hot, the flies mul­ti­plied in the stench. Dap­pir was car­ried on her mat­tress and set before the door. She lay on this ter­race raised by two steps the edges rein­forced by branch­es and twigs, she moaned under the pain. Passers­by in the street held their nose and ran away. All the old rags and linens in the vil­lage were gath­ered up and placed under Dap­pir, but noth­ing helped. Her meals were rationed to a sin­gle one per day. Every time she dirt­ied her dia­per, with hard blows and kicks her cries resound­ed “wuyyyyy!”.

She looked like a skele­ton stuck to her pal­let. All she could say was “some water­rr!” My moth­er would give her some cool water from the well. Then she would give her some fresh bread, say­ing “may it touch your moth for the soul of your father.” Her daugh­ters-in-law scold­ed  and chid­ed my moth­er “of course, you’re not the one clean­ing her diaper!”

In the end, her eldest daugh­ter-in-law and her chil­dren were stuck with Dap­pir. She was the one receiv­ing her old age pen­sion. “Water­rr!” Dap­pir moaned, a voice from inside would answer “drop dead­dd!” From so much lying down, her back, her hips were bruised, wound­ed. One month, two months. Things went on this way. And before our eyes, like an old pho­to from days long gone, our moth­er still brought Dap­pir water from the well, secretly.

Her deep suf­fer­ing moans still ring in our ears.

My moth­er then said “Dap­pir has giv­en up her soul, she is delivered…”

Bars were nailed up, a cur­tain of sheets  yel­lowed by the pestil 2fruit leather.put up in front of Dappir’s remains. Her clothes were cut up with scisoors, burned one after the oth­er. Her body was washed until two cakes of soap had melt­ed away.

Behind the sheets, the blue beads on her neck­lace mixed with the suds, moved gen­tly in the dirty water, brush­ing against her hands… 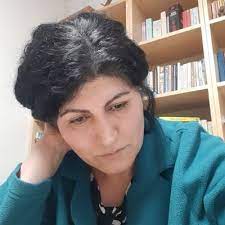