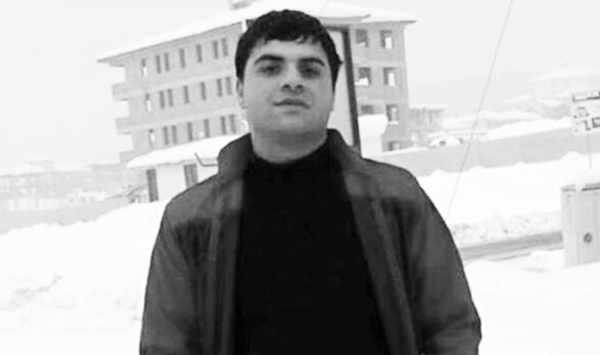 Imagine that place, prison, where people are kept under the direct responsibility of the State. And I’m not talking about people who would have acted against that State, but ordinary, common law prisoners. Imagine that this same State, through its civil servants charged with protecting them, of maintaining their safety during their incarceration spent every day attempting to humiliate them instead, to break them, subjecting them to physical and psychological torture. How did such a thing come to be? What is this State ? Whatever became of the Law?

There are many stories, and they are terrifying. Their consequences are even more terrifying. We feel as if we are living in a horror movie; even before the blood from one person has dried, another one dies, killed one after the other in this way, we can’t even guess who will be next.

Suspicious death in prison and its context

Our subject will be Ferhan Yılmaz, a common law detainee, incarcerated in type L prison n° 5 in Silivri who, last April 9th, following an episode of “discomfort” was transferred to Silivri’s hospital where he died.

Why did Ferhan Yılmaz die? How did he come to die? Who are the guilty parties, the ones to be held responsible? None of that is clear at the moment. We’re not talking about details here, but of questions as big as houses.

By asking the right questions, let’s attempt to explain as well as possible, step by step, based on information obtained from Ferhan’s brother, Hikmet Yılmaz and from the ÖHD association of lawyers and the Human Rights Association (İHD):

1- For some time now, prisoners incarcerated in Silivri’s prison n°5 have been telling their families that they are subjected by the penitentiary’s staff to humiliating treatment, gratuitous violence and that the searches are transformed into sessions of true suffering. On this topic, there are statements from at least five detainees and their families.
This being the case, have investigations been carried out in the direction of the prison’s management and its civil servants? Did someone absolutely have to die? Were not the allegations of torture sufficient grounds for the opening of an investigation?

2- Some detainees stated to their families and to the visiting delegations that penitentiary guards who came to their cell block on Wednesday April 6th for the countdown slapped a detainee for no reason after which an argument broke out between detainees and guards. There are also allegations that, after this, one of the detainees was taken to the “foam room” (these are rooms with foam-covered walls, “punishment spaces” in prisons that are already sufficiently painful) and that he was kept there for a full day before being returned to the block, showing evidence of a beating.
Was an investigation opened concerning these allegations?

3- Some detainees state that on the day following this argument, thus on Thursday April 7, some sixty guards raided this same block, that they removed all the prisoners to the promenade, made them lie on the ground, strip searched them, that they stuffed into bags all the belongings in the block, that they humiliated the prisoners while they were on the ground, saying “yesterday, you pretended you were men, now you are like girls, we are the State, the State is right even when it is wrong, we’ll show you a film from Yeşilçam” [the Turkish Hollywood].
Was an investigation ordered concerning the administrators who decided this raid to conduct strip searches and humiliations as described, and concerning the agents who executed the decision?

4- According to the testimony of a detainee who was psychologically affected by what happened and who said to the guards he was going to kill himself because of these oppressive tactics, they would have answered, mocking him and saying “here’s a razor blade, there’s some glass over there, there’s also a rope, go ahead, kill yourself.” Following which this detainee slit the veins in his wrist and was not even transferred to the hospital but simply received first aid at the prison infirmary.
In what law is incitement to suicide by saying “go ahead” mentioned against a detainee saying he will kill himself? Has the identity of the guard in question been determined and has an investigation been ordered concerning his behavior?

5- While systematic physical and psychological oppression were taking place in the prison, on the night of April 9, Ferhan Yılmaz whose incarceration was supposed to end two days later, did not feel well and was transferred to Silivri’s public hospital. Unfortunately, he was declared dead there. Did this death occur in prison, on the road or at the hospital?
What were the exact causes of Ferhan Yılmaz’ death, where did he die, why are the authorities silent about this?

6- Ferhan Yılmaz’ family states that the young man’s body shows traces of a beating, whereas the prison director declares he suffered a heart attack, and then picks up on rumors according to which Ferhan wished to commit suicide by swallowing medication, although no one could explain where he would have gotten hold of any.
So what is the prison management’s explanation exactly, heart attack or suicide?

7- The fact Ferhan was transferred to the hospital either from his block or from the “foam room” still needs clarification. This is important since, if it was from his block, a possibility still exists that he might have taken medication in order to commit suicide, whereas, a person placed in the “foam room” cannot have anything in his possession allowing for an attempt on his life, except of course, for the prison guards…
The authorities have still not clarified this matter, despite our insistence. From where was Ferhan taken to the hospital?

8- On April 13, the General Directorate of prisons and places of detention as well as the Silivri prosecutor’s office issued a press release in which they stated clearly that Ferhan bore no traces of violence and that these traces only appeared during the hospital intervention.
How can they be certain of this?

9- According to normal procedure, Ferhan’s body must be kept and autopsied, yet his death certificate reads “contagious disease (common law detainee)” The autopsy report is required for the truth to be known about this suspicious death.
When will the autopsy take place?

10- On April 14, we learned that the prisoners who shared the block with Ferhan were separated and transferred to different prisons. The delegations cannot gather clear and sufficient information from the remaining prisoners.
What was the emergency? Why were the prisoners who were eye witnesses thus spread about?

In the absence of an inquest : no mistreatment!

Such is the summary. We should also add that, according to the information we obtained from the forensic medecine professor Şebnem Korur Fincancı, the existing video recordings do not for the moment plead in favor or against Ferhan’s death being caused by ill treatment.

In other words, when it is perfectly natural for a family having lost one of its children to be suspicious when allegations of torture grow in importance publicly, how is it that the General Directorate of prisons and places of detention and the office of Silivri’s prosecutor can deny suspicions of ill treatment, without even proceeding to an inquest? Do they have official evidence that there was no ill treatment? No.

While Şebnem Korur Fincancı underlines the importance of the fact the swelling on Ferhan’s lips and the large bandage on his nose – seen on video images – must be examined in order to understand if these traces resulted from trauma or from a medical intervention, and that this can only be clarified by an autopsy, how can the office of Silivri’s prosecutor be so clear in its pronouncements without one?

Image from the video

The fact is that a systematic policy is on place in order to break all resistance, intimidate and reduce into subservience both political and common law prisoners; that prisoners in prison n°5 in Silivri, no longer able to stand these persecutions, are even considering suicide; that the “State protection” is nothing but empty promises; that on the contrary, the detainees need to be protected against the State; and that Ferhan died “under State protection”. Once again, trust was betrayed.

Is this not a extremely terrifying and painful “movie”?

Do you know what we should be doing at the moment? We should be going after the facts concerning every death occurring in prison, never giving up until each and every guilty party is brought to trial. We should stay attuned to every information reaching us from prisons. There’s nothing else to say about it.. 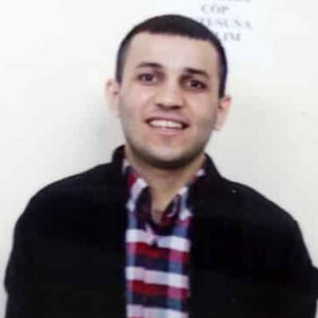 In other information, we find the forced transfer against his will of Mehmet Salih Filiz, a 26 year old political prisoner, from the Type T high security prison of Ödemiş in Izmir to that of Bodrum. One might wonder: “what’s wrong with that?” The answer would be: several things. Mehmet Salih suffers from intestinal cancer for which he is treated, he is constantly subject to hemorraging and cannot handle his basic needs alone.

Bodrum prison where he was forcibly transferred in this condition is an establishment containing only individual cells, with no assistance available. At the same time, upon arrival at the prison, there is a mandatary strip search of the detainee; despite the prisoner’s refusal, he was subjected to the abuse of a strip search nonetheless.

Once again, and in a prison the ministry has just opened, we hear allegations of torture at admission, and we are not in the least bit surprised. Because there is no end to his horror movies-. And there will be none, as long as we will be satisfied with behaving like spectators.

Note: Hasan Çelik, the prosecutor who must proceed to Ferhan Yılmaz’ autopsy and is responsible for the inquest at Silivri’s palace of justice declined our request for an interview.

Aslıhan Gençay was born in 1974 and obtained a diploma from the Economic and Administrative Sciences Faculty of Izmir’s Dokuz Eylül University. Because of her identity as a leftist opponent, she was imprisoned for 10 years in 1992. She still bears the sequels of her “fast to the death”, hunger strikes, carried out in prisons in the year 2000. Following her liberation for health reasons, she began working as a a journalist. She wrote for the Radikal, Milliyet Sanat and edited the art and culture pages in Özgür Gündem. In 2016, a reprieve by the European Court of Human Rights was annulled and she was re-imprisoned for five years to carry out the rest of her sentence in the prisons of Sincan (Ankara), Tarsus, Kayseri and Sivas. She regained her freedom in May 2021. She is currently a chronicler for Davul Gazetesi and editor for an NGO.