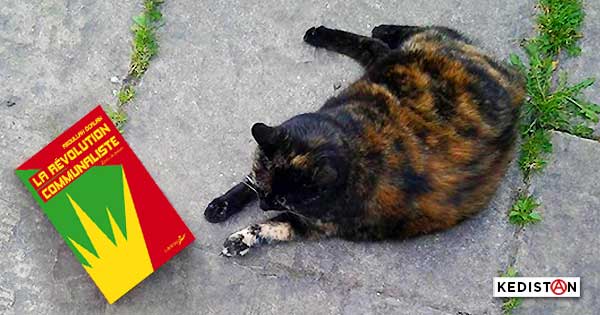 Printing is underway for the book “La Révolution communaliste. Écrits de prison” (Communalist Revolution. Prison Writings). This will be the very first collection of revised French translations of Abdullah Öcalan’s writings. Views to discover and discuss.

The book will be in bookstores on February 6. It is published by Libertalia, in a pocketbook edition under “Human Sciences”.

This book is an invitation to go beyond the imagery bandied about concerning Abdullah Öcalan. Given the essential historical role he still plays despite being cut off from the world, it also behooves us to understand an intellectual who is still a living member of the pantheon of “political personalities” that led so-called “national liberation” struggles during the second half of the 20th century.

Contrary to the great majority of those who were not assassinated, Abdullah Öcalan is unquestionably the one who started building a new project of emancipation based on analyses of the failure of the Cold War blocks, of the guerillas, of the fall of the Stalinist block with its international consequences, as well as the crises in the Nation-States at the heart of capitalism. When one glimpses a tangible realization in the “Rojava” political project, now subjected to war, one must go beyond the cartoon of a political though reduced to slogans in order to examine the tough kernel at the core of these analyses.

The appearance in the Middle East of a political thought one can describe as “social, ecological and libertarian” in its outlook, and the manner in which it guides a democratic process in Rojava (Northern Syria) did not fall out of the heavens or spring full-blown out of the brain of a providential individual.

This political thought has moved across more than a century and fed historical experiments among which the better known are the Paris Commune, the Kronstadt Rebellion, the attempts at a social revolution by Spanish anarchists, and closer to us, the “social and political processes” of the Mexican entity in Chiapas.

Nowadays, this reflection should be at the core of any French activism, be it in France or in French-speaking communities abroad. It is well known that in France, the Leftist stream’s thinking about the State considers the Republication Nation its alpha and omega, calling for the establishment of a 6th Republic. In a contradictory manner, this stream of though also supports Rojava, without drawing consequences applicable to the fundamental debate concerning the Nation-State. It is no accident if this book carries a preface by Olivier Besancenot (French Far-Left political figure and trade unionist).

Presentation of the work by the publishing house, Libertalia

“The Nation-Sate has been the fundamental tool that has made capitalist hegemony possible. I have thus attempted to prove that socialism and anticapitalism (…) cannot be established on the basis of the State model.”

Since 2013, Rojava has mobilized the attention of a part of the Left interested in social transformation. Trapped between regional dictatorships and international imperialistic powers, this modest territory with a Kurdish majority located in Northern Syria, attempts to propose a new revolutionary model: confederal, communal, multi-cultural, secular, ecological and concerned with equality of the sexes. If the battle of Kobanê against ISIS familiarized us with Kurdish fighters, the political doctrine animating them is too often ignored. 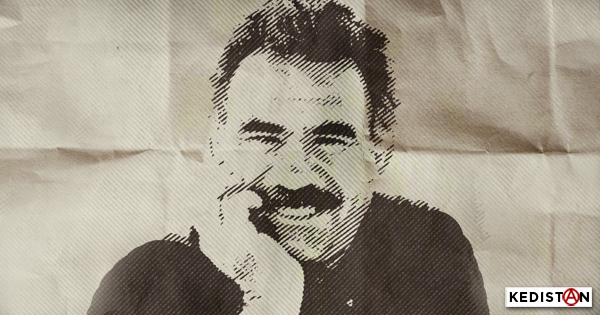 From his Turkish prison, Abdullah Öcalan, co-founder of the Kurdistan Workers Party (PKK), is its main artisan. This book, the first in French, allows for the discovery – and thus, the discussion – of the Kurdish revolutionary movement’s theory as propounded in Turkey, in Syria, in Irak and in Iran. And seeks to propose a resolution to the historical “Kurdish question”.

Born in 1949 in Southeastern Turkey, Abdullah Öcalan is one of the oldest political prisoners in the world. Arrested in 1999, he is serving a life sentence. Key actor in the conflict, he is the author of some ten works.

This book will be available February 6 2020.
In order to support the Libertalia publishing house, you may order now on the bookstore’s web page, it will then be sent to you upon publication.