James Baldwin in Istanbul • Another Country – 1 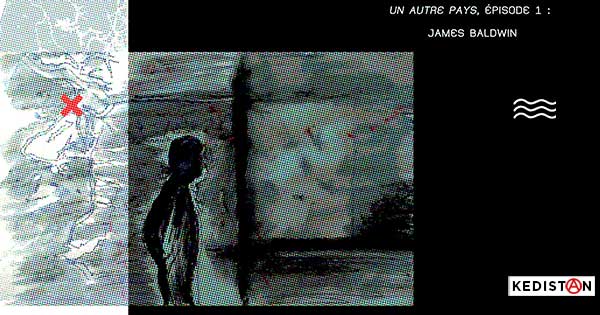 ‘Literary exile’ were the words used in James Baldwin’s case. This must have referred to his departure from New York for an endless voyage that took him from France to Turkey.

A voyage in search of a place where he would feel free.1Conversation between James Baldwin and Yaşar KemalThis no doubt explains my desire to write about him. But it is not the same story, it is never the same story. Had I been a young blonde in Greenwich Village, 2Giovanni’s Room, 1956no doubt. Although, for her also it would have been another story, undoubtedly. My starting point is his rejection of the space where he grew up: Harlem, New York, the suffocation, the constant danger of death and, bottom line, the difficulty of writing and addressing himself to the New York crowd. The attraction of Paris and it creative ebullience. Here, a collision:

– Paris is ancient, it’s several centuries old. You feel the past in Paris, all the time. That’s not what you feel in New York.” That’s what I said. He smiled. I stopped talking.

– What do you feel in New York? He asked.

– Maybe you feel what is to come all the time,” I answered. “Things are so powerful over there, always moving. You can’t help wondering how it will be like in several more years.3Giovanni’s Room, 1956

I wonder what arriving in Paris could have meant in 1948. In that same period, several branches of my family were heading for exile in the United States. Some thought they would escape judgment over there, some thought they would avoid getting killed. Perhaps there was some of that in his case, with the weight of creativity thrown in. The hero of Giovanni’s Room leaves me thinking that all exiles involve the experience of History – some in search of a new beginning and others looking for a confrontation. Feeling History tying us in knots, filling us, belonging to us while we can’t hold on to it.  Experiencing this from some other place.

As artists, we recognize ourselves in the voices and the itineraries of others. Other stories, other times that resonate all the same. And since our environment shapes our language, our self-consciousness, our social life, many of us have the urge to blast it open.

In Istanbul, James Baldwin blasts open his narrative space, he re-creates it. This is where he completes three works:  The Fire Next Time, Another Country, and No Name in the Street, as if Istanbul had allowed the necessary distance for the space of completion.

As individuals – morally, emotionally, politically – we detach ourselves from the voices that tidy us, categorize us, discriminate against us. Did James Baldwin’s freedom in Paris and Istanbul also express itself in the redefinition of his friendships? “I’m terrified by moral apathy – the death of the heart – I see in my country”4Interview in I am Not your Negro, James Baldwin, Raoul Peck , 2016he confided in an interview. When I see photos of him, hand in hand with Engin Cezzar and Gülriz Sururi, I can’t keep from narrating their friendship to myself, of imagining it as what allowed him to write over there, to redefine his freedom in shared projects, in the space of the city, in chance encounters, in the struggle, little by little, against that terrifying apathy.

In Istanbul and in Paris, James Baldwin reconfigures his struggles. New York heros – whether real or fictitious – written from other countries. I’m unable to convey the power of those texts, the life force they emit, the urgency of the writing, the pulse of hope and of courage, the consciousness of History. They must be read.

Yes, if we question artists’ capacity to be political, to tear themselves away from their material concerns, to give voice to the struggles or, simply, to be in solidarity with them, they must be read. In order to remember what  literary exile can signify.