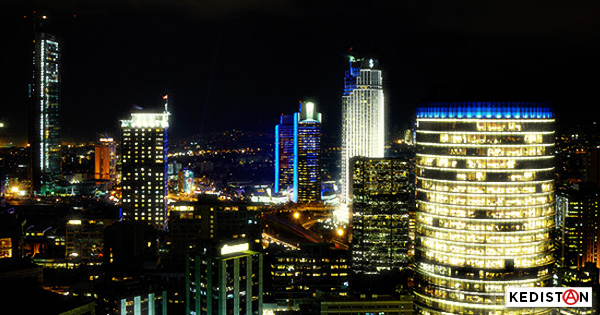 During the summer, Kedistan spent a bit of time leafing through the topic of nuclear power in Turkey, a story showing that when the nuclearized European States decide on an energy transition , they use the opportunity to sell nuclear power stations at the same time.

“Look at the finger but not at the moon” would be a good way to define the nuclear industry’s world commerce.

Ever since border guards demonstrated that clouds turn back at the sight of frontiers, and despite the Japanese catastrophes, investors in nuclear power quietly carry on their business of fabricating radioactive waste humanity will not know what to do with, except, for some of them, in order to produce more weapons.

In the same way as a Monsanto/Bayer announces that given the absence of alternatives, agriculture will have to settle for their pesticides, the nuclear industry uses the excuse of the delays of investments in renewable energies, and mobilizes these so-called investments in its radiant business. Schizophrenia rules when it comes to political decisions.

But a closer look – and Turkey serves as confirmation – this schizophrenia obeys simple laws having to do with the development of one of capitalism’s financial sectors, that of the famous contemporary globalization  – whenever possible at some else’s expense while repatriating the profits at home. In passing, we are dealing here with States for which growth and profitable waste at a global level represent a cult, and who move happily along the concrete path like Scrooge McDuck himself.
Turkey and the megalo-maniacal projects of its President being one of those.

In simple language, in order to light up the night in empty offices of the large Turkish metropolises, thus giving off the image of modernity and power that will soon radiate on the world in 2023, there is need for energy to replace imports and coal. Just as Turkey is in dire need of giant airports in order to greet the whole world, and new bridges in order to sell new cars…

Up until now, money and interest rates were at bargain prices, and everything seemed on track for 2023

The update in this perfectly orthodox economic functioning of the theory of Neo-liberalism, with one of those monetary crises  for which global capitalism is well known, slightly complicates matters for the Turkish Reis. And in fact, the confirmation of the launching of two construction sites for nuclear reactors demonstrates that the headlong rush remains its first choice which, from the perspective of capitalist investors is not terribly reassuring.

And although the contract with Russia is based on a 80-year leasing , assorted with a gas contracts, and that the one with the French and the Japanese industries is at an advanced stage, one can reasonably predict that these reactors will still be talked about  more in terms of their rising costs, given the political and financial climate.

The social and democratic response remains limited to small groups at the moment, divided in opposing political factions.

The fundamental questions concerning the capitalist predatory approach to territories and the dangers to the planet remain confidential or reserved to a few resistors, when populations are not directly involved. Political oppression deals with the rest.

Here again, it is truly lamentable to see how in the European sustainable transition  milieux, nobody gives the slightest thought to the export of these ills to regions considered as exotic. We might almost be tempted to ask “and where will you go tomorrow to spend your low-cost holidays?”, in order to jostle euro-centrists’ consciousness somewhat.

As a conclusion that isn’t one, even if we have seen some European struggles around ZAD (zones in need of protection) attempting transnational link-ups toward the Middle East and Turkey, we are far from seeing the same thing when it involves European political greening.

And yet, when AREVA’s disciples (the firm has been re-named and is now known as Orano) hatch nuclear power stations in Turkey, the fight should be the very same as when it involves obtaining the shut-down of domestic stations in Europe and elsewhere… (Not about to happen with a snap of the fingers, we are well aware of that).

And while we’re at it, we would move forward somewhat in the understanding of the deep causes of wars in the region, if these same Euro-centered greens took into account the way potable water is used as a prize and here, again, energy serving as a pretext, destroying entire living eco systems, including humans.

A French Minister of Ecology, converted to green capitalism, quitting his job won’t help to clarify the matter.

For the time being, there is talk, as a minimum, of stopping useless and destructive construction sites, and of denouncing together these dangerous capitalist ventures polluting the future…These struggles are inseparable.