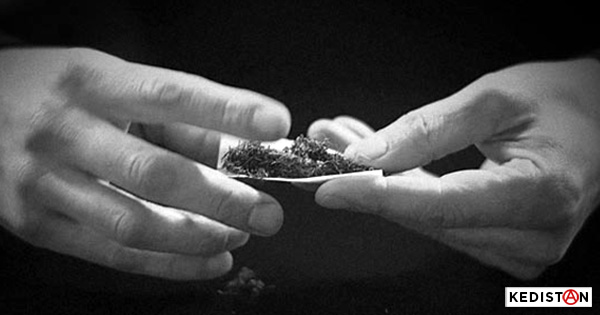 When the plane started to move after the final announcement it was preparing for take-off, I knew I had left my country never to return. I tried to answer the question tens of ten times over:  “How does leaving your country feel?”

I think I know the answer now. That sensation in the plane, when you are airborne, with no more contact with the ground, becomes the answer to this question. You can say many things on what you have left behind. You can remember many things when writing about the past. Especially if this past provides you with sufficient reasons to forget. Now, I’ll try to tell a part of my story, a small part.

About two years ago, almost to the day, the Turkish army bombarded towns with its tanks, starting with Cizre, Nusaybin and Sur. In Turkey, thousands of “uniformed ones”, masked, armed with the latest weapons and heavily armed vehicles “fulfilled their duty”. And during those days, I, as a journalist, covered what was going on and passed on the information. Finding words to describe what I witnessed was hard. Waiting before the body of mother Taybet in the middle of the road, the sniping death of baby Miray, barely three months old, killed in his mother’s arms, the exploded head of Helin Sen who had stepped out to buy bread – the autopsy revealed Helin had not eaten in three days – the shredding of the mother by a tank, before her children’s eyes, as she ate breakfast in her house… These instances formed a chain. And the arrests of my journalist friend who were describing all this… In my country, even telling what was going on became a crime.

Because of that, we became “traitors”, “terrorists” or “agents”. Sometimes, I had the impression that what I was doing was establishing the list of the dead, the sum of which would be a contribution to the fact the losses consisted of nothing other than numbers. But even that was enough for me to be sentenced.

My country, the one I left in those days when the dead could no longer be gathered under common ground anymore, the one I left, carrying the weight of all that, with the fear that I would never be able to tell exactly what had been lived through then compressed into memory, the country I left in the hands of the authors (of crimes)…   Now, looking at my country from thousands of kilometers away, I see nothing has changed, that children are still being killed by armored cars, and by methods called “accidental”, that my friends are arrested, and that historical sites I mentioned in my articles no longer exist. The astonishment of turning into the accused after having been the witness. In Berlin, a city in a country I know nothing about, I am now one of the thousands of human beings forced into becoming “refugees”.

Even if you travel very far, you still carry your past with you. And it may happen that some of these people you remember from this same past, who were “authors”, find themselves sitting at the same table, in the canteen of a refugee camp.

In a vast refugee camp, in that hall in which people of almost every origin gather in order to eat, I sit at a long table. While I am eating a dish the name of which I don’t know, and the taste of which I would like never to remember, someone speaking Turkish comes to sit next to me. I exchange greetings with this person, in his forties, who speaks a cultured Turkish. When I learn he is from the military, I stop eating and observe him closely. The fact that this would never have happened while we were in the same country keeps me from eating. I stand up after discussing the weather with him. A few days later (perhaps I miss journalism), I manage to have a long conversation with him.

So two years ago, he was one of those masked soldiers, in the destroyed towns razed by bombs. Two years ago, he was “killing people in order to protect his fatherland” and I was attempting to relay news on the death of these people he was killing, attempting to inform public opinion about these realities. In my country, it would have been impossible for us to sit down together. Because, according to him, I was “a terrorist who wanted to harm his country” or, at best, one guilty of propaganda for the terrorists. The only places where we might have come across each other would have been in a police station or among those destroyed walls.

But everything is so strange in Turkey that “the most patriotic” person can suddently be declared a traitor to his country. While he was a military man following orders, killing or ordering the killing of people, he lost his job four months ago, for belonging to FETÖ (the organization of Erdogan’s former friend, the preacher Fetullah Gülen, now declared a terrorist, and living in exile in Pennsylvania. His movement is known as “Hizmet” in Turkish, meaning “service”] and his arrest was ordered. “He swam across the Aegean sea” and fled to Europe. This officer who was in the Turkish army for seventeen years, had participated for one hundred days in the confrontations during the curfews in Nusaybin, district of Mardin, where the most intense destruction occurred.

The former military officer, in telling me all he had lived through in Nusaybin, explained he had received orders from the onset of the operations in the region to destroy the cemeteries of PKK members. But, having refused to obey this order, he received a warning from his superiors. While talking with this former soldier who had killed people, I realized I felt nothing other than pity for him.

We proceeded with our casual conversation. The fact he didn’t hesitate in telling me about his experiences had attracted my attention. This is when I asked him if he had killed anyone. He thought for a moment, then answered “no” and added  “I didn’t kill anyone directly, but I gave orders to my soldiers”. Even if his words didn’t surprise me and I pretended to carry on an ordinary conversation, I don’t know why, but the reports with captured ISIS members crossed my mind. He was not a smoker, but didn’t refuse the cigarette I offered. When I reminded him that in Turkey, in this same period, he was a commander and I was a journalist, he laughed and said “If you had been inside Nusaybin [under blockade] as a journalist, I would have had you killed too”. He said this with so muche ease that, despite myself, I started rolling another cigarette. To end the discussion, I asked him about his life. He told me that the problem that forced him to leave Turkey was the accusation of “belonging to FETÖ”. This ranking officer did not hide his disappointment and his anger, explaining he had taken part in very important missions, including one he was assigned on July 15, the night of the coup d’Etat. To my question “Where were you on the night of July 15?” he answered “I was eating with my soldiers. Then, over the phone, I was to told to capture the putchists”. He specified that on the night of July 15, this mission to capture the soldiers who were charged with abducting the President of Turkey, Recep Tayyip Erdoğan in Marmaris, was conveyed to him by “special” order. “We arrested the soldiers. They were in a pitiful state” he added. He said that four months after this mission, because the Bylock application was found on his cell phone, an inquiry was opened against him.

He describes himself as a “patriot” and says: “Had I been a member FETÖ, I could not have carried out thse missions successfully”.

He also talks of what he has lived through in Germany, says that the residency permit he applied for hasn’t been delivered in five months and explains “They don’t give me the permit because I’m not a member of FETÖ”. He adds that the FETÖ sent some members of the organization to him so he would pledge allegiance, but that he refused.

During our conversation, he did not hesitate in making a number of allegations but, fearing for the welfare of his remaining family in Turkey, he did not want them relayed.

We shook hands and left for our rooms, located in different buildings within the camp.

I find it hard to talk about this meeting and these “strange” conversations.

The ones for whom he was making war declared him a “traitor to his country” overnight and this propelled him thousands of kilometers away from his homeland. Even if we met accidentally, we both share a common description: “refugee”…

In these times where we find ourselves on the shores of every possibility, I’ve had a few other surprising meetings. After discussing with scores of people who have come to Germany following the assertion of “an attempted coup d’Etat on July 15” and who introduced themselves as “members of the Hizmet movement”, one sentence is engraved in my mind: “Now we understand the Kurds better ”. Personally, I find it very offensive that you should wait to experience the same treatment as the Kurds and opponents in order to understand them. It is appalling to think you must be forced to live similar events in order to understand other people’s pain. Those who were accomplices or silent spectators when they were in power try to forget the past by breathing a deep “Ah!”.

Here, each person has a story. We find ourselves in a shared space with different stories. And pershaps another aspect of this is interesting for me: in the days when I was starting out in journalism, when I was arrested at the university and taken into custody for the first time, the Chief of police had said to me ” If you keep on practicing journalism here, I’ll shoot you in the head!” Today, he shares my fate, the fate of a refugee…

İsmail Eskin Born in Diyarbakır 01.11.1987. Received a degree in journalism from the faculty of communication of Kocaeli University and worked for the Dicle Information Agency (DIHA) from 2007 to 2015.  He was a war correspondent in several regions in Syria. Beginning with the resistance in Kobanê, he covered the three cantons of Rojava, notably during the attack on Sinjar by ISIS.

In 2014 he received the Musa Anter Prize in Journalism in the category dedicated to information in Turkish, and in 2017, the Freedom of Expression prize of the Austrian Concordia Press Club. Following his work with DIHA, he worked for Özgür Gündem, and continued as a freelance after the newspaper was shut down by a decree stemming from the state of emergency. Following his sentencing to 3 years and one month in jail for his tweets and relayed information, he left Turkey and settled in Germany.