Ferhat Encü • “Our fight for Roboski will go on” 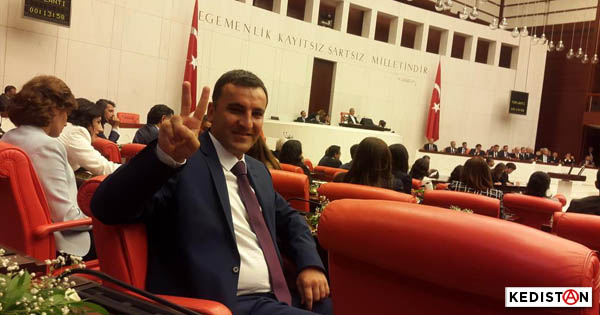 Ferhat Öncü is one of the HDP members of Parliament imprisoned in Turkey… He represents the town of Şırnak and has been in detention since November 4 2016. He was arrested along with nine other members of Parliament, including HDP Co-Presidents Selahattin Demirtaş and Figen Yüksekdağ.

Today a life sentence to be served in full was requested against him.

In fact, the trial against Ferhat is about the sequels to the “Roboski Massacre”. On December 28 2011, Turkish military planes bombed and killed 34 people on the Iraki-Turkey border, near the village of Uludere (Roboski in Kurdish). In this massacre, Ferhat Encü himself lost his brother Serhat Encü, along with nine members of his family.

On October 3 2017, the daily Cumhuriyet published a column written by Ferhat Encü from jail. Here is the translation.

Our fight for Roboski will go on

Along with my friends, I have been in jail for over a year, following a political process devoid of any relation whatsoever with Justice, a process in which Justice was used as a tool to stifle the Opposition.

Nonetheless, despite these prison conditions, I can share my opinion, albeit with limited means and usually with some delay on current events. For a good while, we have been hearing of violences targeting the people, of tortures and rights violations. The news hasn’t changed and the topic is still current. 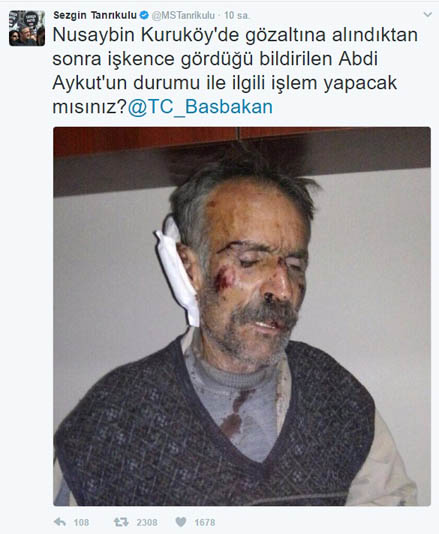 Sezgin Tanrıkulu (to the Prime Minister) : “Will you investigate about Abdi Aykut, taken into custody and tortured in Kuruköy, Nusaybin?”

Recently, three of our villagers went out to gather mushrooms in Gevas, district of Van. They were arrested, on allegations they had attacked “Security” with rocket launchers. They were tortured. Photos of Cemal Aslan and of two others, taken under torture were shared [on social networks] by the power’s trolls and propagandists, using the official line that they were the authors of the attacks ; yet they were later set free.

Totally arbitrary and illegal raids were carried out on homes in Şemdinli, district of Hakkâri. Throughout the night, all the men in the village were tortured on the village square. Traces of the tortures, which continued at the police station, were clearly visible on the photos of our villagers, published by the press. Prior to this, in Koruköy [Xerabê Bava in Kurdish], one of our aging villagers Abdi Aykut had been tortured. Instead of investigating this crime against humanity, the Ministry of the Interior not only denied the torture but attempted to legitimize it. Luckily, Abdi Aykut was also released.

The nineties, once again

Following the repetition of these reports of tortures, news of the bombings of villagers by armed drones (SİHA) were relayed in the press, or at least, in some parts of the press… They showed the killed peasants, identifying them first as “terrorists”, then as “collaborators”. Things played out exactly the same way in the nineties. After the killing of a shepherd, a Kalashnikov would be put by his side, he would be branded a “terrorist”, and the topic dropped. This time, things did not work out this way. Because of the persistence of our comrades’ of the HDP’s and that of Sezgin Tanrıkulu [CHP member of Parliament of Kurdish origin], the authorities found themselves unable to deny that the dead were civilians, and said “Mistakes happen”. What they call “mistakes” should be obvious to everyone…

The European Court of Rights has condemned

In 1994, the Turkish air force bombed the villages of Kuşkonar and Koçağılı in Şırnak, and killed 38 villagers. The authorities had hushed up the matter and, following insufficient investigations, this file joined the others on the dusty shelves of the Injustice’s archives. After nineteen years, thanks to the precious work and stubborness of jurists such as Tahir Elçi, who was one of the lawyers for Roboski, the European Court of Human Rights (CEDH) condemned Turkey for “bombing villages”. *

[* One of the CEDH’s weightiest decisions concerning Turkey. As for the trial opened in Turkey for Kuşkonar and Koçağılı, the file was closed in 2014 due to the statute of limitation.]

In 2011, in response to our call for justice for the 34 people in Roboski, including the 19 children, killed by the bombing by Turkish warplanes, Erdoğan responded : “A group of 30-40 people, people and mules. From above, you can’t tell if it’s Ahmet or Mehmet. The Turkish army did its job in all sincerity.”

The Turkish army who killed 72 civilians in two operations only, in 1994 and 2011, has the gall to now declare that it is “not in an approach that can harm innocent civilians”. According to the State and the Turkish army, the 38 villagers bombed in Kuşkonar and the 34 villagers bombed in Roboski are not innocent civilians. Nor are the ones who were bombed in the village of Tale in Hakkâri while they were out on a picnic… 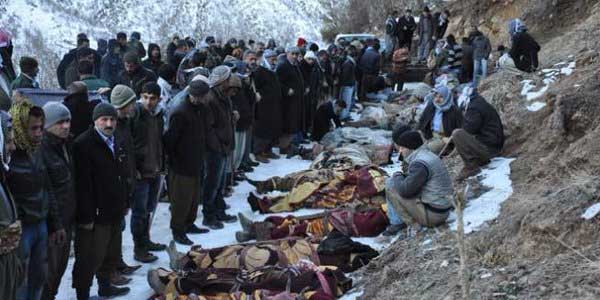 Having lost the Kuşkonar massacre in its labyrinthine meanderings, between the various prosecutors’ offices, the State attempted to do the same with the Roboski massacre, but to no avail. We are now at the 300th week after the Roboski massacre. They cannot hide and cover up a massacre that occurred in full view of everyone. Our case is now before the CEDH. But to this day, all the investigative procedures and the trials concerning Roboski have been opened against the victims’ relatives. No one has asked even once “who gave the order to bomb Roboski?” Six years later, they only took down from the dusty shelves the file on the trial concerning the “aggression” against the Governor on the day of the funeral in Roboski as evidence to imprison me. A manner in total keeping with politics in Turkey and its understanding of Justice… But even surpassing themselves, in this instance! During one of the hearings, the Governor made it known that he had requested the title of Gazi [a title and medal given to individuals wounded in war ]. Requesting the title of Gazi means identifying the bombed villagers, including the children, as “terrorists”, and once again, the Governor revealed that he considers Kurds solely as “terrorists”. 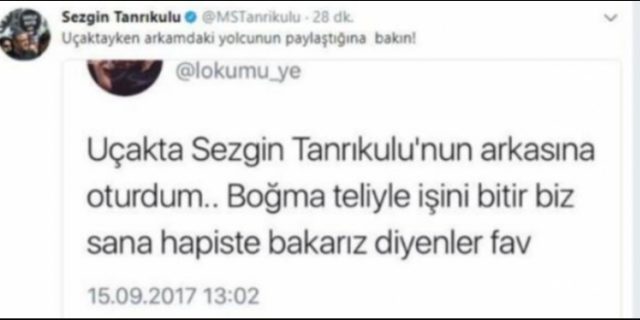 “In the plane, I’m sitting behind Sezgin Tanrıkulu. Those who say ‘strangle him, we’ll support you while you’re in jail,’ Like this.”

It is not surprising, nor is it accidental, if the remains of Hatun Tuğluk, the mother of Aysel Tuğluk [ HDP politician], were removed from her grave because of threats “this isn’t an Armenian cemetery, even if you bury her, we’ll come and remove her!” or, again, that an individual openly asked [on Twitter] for public support in strangling with a wire human rights advocate Sezgin Tanrıkulu [sitting in front of him on a plane ], the one who revealed that the villagers bombed in Tale were civilians. This horde of lynching proponents dressed in the robes of university jurists find their courage and strength in the declarations of ministers, prefects and the Turkish army.

A State administered by the Rule of Law does not bomb its citizens. The State does not polarize its citizens. The State investigates rights violations, brings criminals to justice and takes precautions to avoid repetition of those crimes. But in these lands, the State bombed its citizens, exiled its citizens, polarized them and remained indifferent to the fact that a part of its citizens was always singled out as a target. It watched the massacres, legalized torture, and encouraged it with a policy of impunity. The same State singled out as a target the Kurds’ fight for human rights and justice, sometimes arranging their disappearance through “assassinations by unknown perpetrators”.

Finally, it subjected Tahir Elçi to a lynching by media which triggered his shooting down in front of the Four-Legged Minaret [historical building in Diyarbakır], and claimed the trigger as its own by ensuring that the investigation did not progress by so much as an inch. Today, simply because he established that the victims were killed by an armed drone, Sezgin Tanrıkulu is subjected to the same kind of treatment with the State acting both as immobile spectator and actual supporter to this media lynching.

“Palaces and reigns collapse/ a day comes when blood grows quiet/the persecution ends.” May those who hold us hostage take heed :
“It is not finished, this struggle goes on/and it will go on/until the face of the Earth if the face of love!” *