Hunting : Ecocide treated as a sport 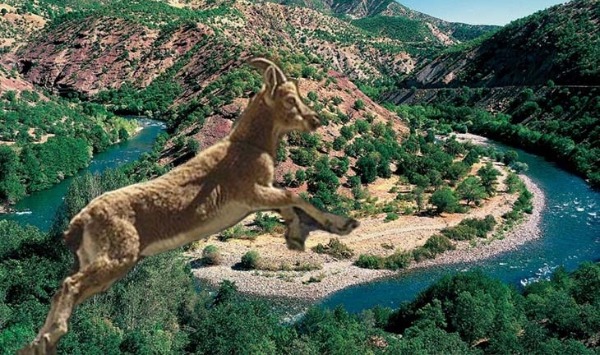 In early July, despite public protests, a call for tenders was planned for hunting mountain goats in the Eastern part of Dersim in Turkey. A species endemic in the National Park in the Munzur Valley, the mountain goats are also considered as a sacred species by the inhabitants.

Moreover, on July 8th, the Turkish Central Hunting Committee (MAK) authorized hunting Fuligule milouin (Aythya ferina – the common pochard) a species of diving duck and the European turtle dove (Streptopelia turtur) two endangered bird species. According to the committee’s decision, hunters will be authorized the killing of three doves and two ducks in a single day of hunting.

This amounted to the death of 784 animals from wild species across Turkey, including the 17 remaining mountain goats in Dersim.

Life and nature defendors are about to start proceedings for the annulment of these decisions. Several campaigns collecting signatures have been launched simultaneously against these permits.

Due to the protests, the call for tender concerning the goats in Dersim was finally annulled. This call for tender which would certainly have put an end to their existence was supposed to occur on July 13. 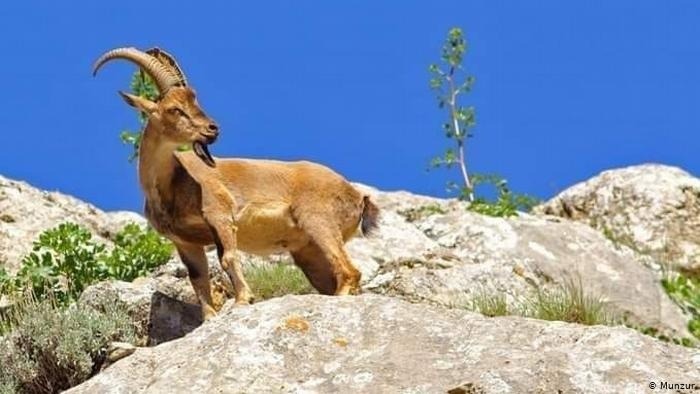 The Dersim mountain goats are known locally as “Xizir cattle” From an esoteric viewpoint in Alevism, Xizir (Khidr) is the mystical and immortal entity in nature

These animals roam free in small groups in various zones. There are 5 in Darıkent and Gökçek, 5 each in Büyükyurt and Çıralı. They are on their way to extinction

In 2019, Dersim inhabitants had requested a hunting prohibition to protect the mountain goats and had managed to obtain from the governor at that time, Tuncay Sonel, the prohibition of all hunting in the region.

The spokesperson for the non-governmental environmental organization Munzur Protection, Hasan Sen, emphasizes that the mountain goats are protected under the Berne Treaty as species threatened with extinction, and that they must be protected. He declares: “However, the governor’s provincial hunting council wished to set a hunting quota for this animal, in violation of the international treaty we have signed. I consider the Berne Treaty to be violated.”

The valley is home to a number of endemic species. The spokesperson mentioned the presence of the red trout in the Munzur River. “Wildcats, bears, martens, wolves, badgers and otters also reside in the region. Partridges, sparrow hawks, eagles and a number of other bird species were kind enough to stay despite massacres perpetrated against their species,” adds Hasan Sen.

The Director of the Conservation program at the Doga association, Itri Leven Erkol, and Ankara’s representative for the Federation of Animal Rights HAYTAP, Pelin Sayılgan, issued a joint declaration on the matter of the calls for tenders, stating that the right to life is non-negotiable for all living beings.

They mentioned that the decision was also contrary to articles 6 and 8 of the Convention of Biological Diversity, which mandates signatory countries to develop strategies for the conservation of endangered species.

“The structure of the Hunting Central Committee is one of the reasons for this bad decision. Of the 21 members of the committee, nine are hunters, one is the owner of hunting grounds, one is with the Hunting Federation and one from a society whose area of expertise is undetermined”, states the declaration, noting the absence of any scientists on the committee.

As a matter of information, populations of the turtle doves and diving ducks are diminishing rapidly. The population of turtle doves in Turkey has fallen by 78% during the past 40 years, while the population of diving ducks has been halved in 20 years. These two species appear on the red list of threatened species issued by the International Union for the Conservation of nature (UICN). According to Bird Life, 12 to 38 million birds are hunted each year in the Mediterranean basin.

If on July 11 2020, the call for tenders was annulled in Turkey, this more general question of the hunting of species threatened with disappearance and become a “market” is definitely worth closer scrutiny on those turning bio-diversity into a merchandise and the policies facilitating these practices.

Very recently, one Donald Trump rushed into this policy of devastatation of living entities by opening the way to hunting in zones that were protected, such as parks or natural preserves. His motto is “everyone must have free access to the exploitation of natural resources and must be able to profit from it.”

Those words have the merit of clarity, if no other. Thus, for him, “hunting” is part of a chain that moves on through deforestation and exploitation/predation of soils and subsoils, water resources…There is nothing new about this policy which has always been part of the development of capitalist predation of the entire planet, be it historically or in the contemporary world. Yet, it seemed to be slowing down as consciousness increased on a planetary scale of the dangers it caused. Faced with resistance to the massive destruction of environments, and alerts launched by scientists across the world, there appeared “large events” notably on matters relative to the climate. It was the beginning of a response.

Trump and Bolsonaro in Brazil – to name only those two although others could be added from Asia – thus appear to be representatives of today’s savage capitalist orthodoxy in the face of upholders of “green regulation”, of “sustainable capitalism”. The era of “oil and coal” having reached its peak and profits in those areas becoming more uncertain, something must be attempted to find new ways of exploiting the subsoils but mostly of building a profitable predation of living entities. The deforestation chain, GMOs, intensive cattle rearing are some examples among others. Shale gas, the mining for rare materials, the ongoing pillaging of wood from primary forests, of spaces turned over to the production of palm oil, represent further instances of this attitude. This capitalism is far from having said its last word, even if it occasionally drapes itself in green. Is Erdoğan hoping to join the club?

Might there be a kind of perversion at play for some who because of their economic and social status consider being the one causing the disappearance of last specimen of a species, a “fun” notion? Definitely worth a selfie for posterity, yes?

So, in all of this, is hunting only a detail?

Yes, no doubt, but a most revealing one of this global ideology expressed in rampant liberalism as the guarantor of profits for the system.

But we must not let ourselves be fooled. If few human groupings are left on earth who are “hunters/gatherers” out of necessity, and if, under those conditions “traditional” hunting is now useless and only continues as a social or cultural ‘sport’, logically, it should disappear as other “traditions” based on the spectacle of animal suffering are slowly fading away. But, in considering this, one can always think back on the famous sketch by the French group Inconnus (no need to understand French to get the message.. or to see the same attitudes under different skies…

No “cultural” justification can hold when faced with the accumulated knowledge concerning living beings, the climate disruptions, the threats on bio-diversity and the announced third extinction. At best we could consider dealing with necessary “regulations”, precisely in order to mitigate the innumerable human manipulations to the chain of life over the past centuries, from food chains and life environments: re-introducing species, drastic reduction of other introduced foreign species in endangered biotopes, in short, a matter for scientists and protectors of the living, and not of “meat machines in camo”. Political and environmental decisions, far removed from the spirit of the hunt.

But the debate is not being carried out at that level. If politicians use hunting for image and market-building, it is precisely because this flirts with current ideological constructions using notions such as “tradition”, “identity”, “domination” and “power”.

Faced with the world-wide increase of consciousness concerning life and the destruction of eco-systems across the planet, politicians must make choices which they express in most contradictory ways, depending on the circumstances. We must note however that the growing build-up of various types of nationalism and aggressive sovereignisms go hand-in-hand with negationism concerning the protection of environments and biodiversity. Depending on the continents, insuring support from the weapons lobby, such as that of hunters, is a reflex for the preservation of power when it is not squarely, as in the Amazon, an open season on the last hunting aboriginals, opened by Bolsonaro.

Erdoğan would almost look like a bit player with his goats were it not for the fact he hunts down the Kurds, in order to be on the same level as his elders who hunted down Armenians.

A video from 2017, recorded near the village of Rabat in Dersim. The number of goats has greatly diminished since…