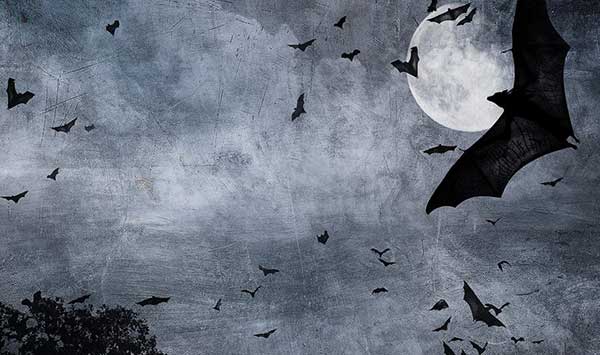 Time appears suspended when TV stations broadcast programs prepared months in advance, sometimes between two ads for trips to far-away places. This is a strange war.

Then out of nowhere, something crops up about “returned merchandise on online businesses“. A report purporting to be about “the world as it was before” – and yet, so current.

One thing leading to another, the topic follows the meanderings of web businesses’ bête noire: “returned merchandise.” Initially restricted to defective items or those that didn’t match up with the order, “returns” have slowly become a consumer habit. Apparently, “Trying it on leads to returning it” we are told. And when, during a panel about heavily consumed products, representatives of so-called “big labels” give figures on the exponential growth of returns, one is as astounded as by the world figures on food destroyed because unsold or because it was thrown out after purchase.

The program moves on to the “second market” offered by returned or unsold merchandise…I stop there.

To summarize, from a small topic there appears before our eyes that of a society of consumption and waste, where each step in the process accrues some profit, oftentimes with no social benefit in the end, except to increase the figures on growth. The growth of jobs and money. The pre-war world.

It’s almost enough to make you forget about the mobilizations “for the climate”, the emergence of a minimal awareness of what global capitalist reality represents in terms of predatory practices across the planet, leading to a world from which there is “no return”.

This is the economy a virus has blocked, and where “de-confiners” are already searching for the lubricant that will get it started again. Since there can be no question of redoing a Davos at the moment, and since these days were rather those of panic for the financiers, ideas hopprf about and ran into one another.

Between those theorizing a beneficial rebound, a glorious post-war period marked by the frenetic consumption of a return to life – offering competitive opportunities to which one had to prepare -and those watching their austerity-based management shattered to bits, every shade of neoliberalism is currently thinking out loud and expressing itself. All agree to the need of soft-pedalling the relationship between the financiarization of the global economy and the real market for a while.

In fact, the financial sectors no longer see in a bad light the various States’ monstrous looming indebtedness. This will only mean more power for the financiers tomorrow. This might explain why the world markets have stabilized following their plummeting. Financiers see fine post-war days ahead for themselves.

The market’s pain will be more in terms of the future sanitary condition of its laborers, and, no doubt their greater or lesser docility in talking up the yoke again.

It is therefore surprising not to hear more from those expressing radical criticism of the so-called old capitalist world, not to hear it said that the sanitary crisis is nothing but the hors d’œuvre of the environmental crisis, and that rolling up our sleeves and re-starting “growth” tomorrow, after a time-out on the beach, will be suicidal and oh-so beneficial for the survival of a “no alternative” globalized system.

Politicians on all sides already preparing their “settling of accounts” with their respective governments turn into garden gnomes given the challenges of this post-war period, because all of them have more or less shoved utopias into the attic, the better to play the alternating governance game afforded by the ballot boxes.

Anticapitalism for the speeches at rallyes, and reasonable republican opposition in daily practice.

And yet, we saw the comments that erupted during the moment of astonishment, when everyone realized that the “little flu” did not give way, whether faced by two-bit conspiracy theories, or “what me worry?” bravado. Those comments gave way to a quarrel over masks, a quarrel the “market” was quick to latch onto, by the way.

And quid of class struggle?

In populist mode, one can evoke it concerning confinement practices that have spread world wide to break the chain of contamination. This offers the opportunity of rediscovering highly differentiated living and sheltering conditions, depending on whether you are “poor or powerful”. But here again, there’s not much beyond reinventing the wheel.

And this brings me back to what big and little screens are showing us.

For New York, we get the topic “ship” and a moralizing lesson on the behavior described as “dangerous” of entire populations who sunbathed over the weekend. To summarize, the reporter “interviewed” the French speakers who were there who described themselves as “upset”. But the few American families he interviewed had a totally different point of view: “We’ve nothing to worry about, we’re between ourselves”… And the all-news channel moves on to nth controversy over the pros and cons of chloro, whether it be quine or not…

Let’s go back to the “…we’re between ourselves”, and yes, we see images of joggers, of families with matching fashion doggies and bandanas. You’d almost think you were on Île de Ré.

The City of New York’s recent policies involved “cleansing”. Briefly stated, security cleansing and social cleansing. Gentrification of neighborhoods and social differentiation according to the various zones. Making some “homeless” invisible and an every-man-for-himself policy for the middle and upper classes and their domestic or service staff. With a little help from racist policing by the same token. The model’s results speak louder than those on the French island or in its major cities, but there are similarities. Be patient. “We are between ourselves” and could become so even more.

From social divisions we move on to world divisions exploited and instrumentalized by global capitalism. And this before/after world will still be as pervasive in the post-war period.

Friends of mine keep telling me to turn of the TV. But I persist in saying that, as with a book, one can read it with a different outlook from that of its author, as long as you don’t keep it to yourself. During this confinement period, that can take the form of a column to be continued…