Caution, one Trump can hide another… 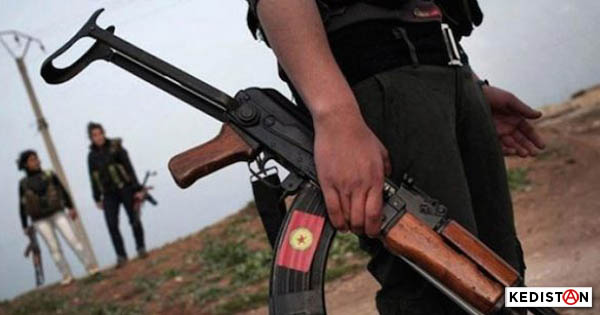 The White House, through the voice of Trump in person, approved the supply of weapons to the Kurdish militias of the YPG fighting the djihadists of ISIS in Syria, a spokesman for the Pentagon declared on Tuesday… Sound the trumpets !

A wire from the AFP (Agence France Presse) provided material for articles, some of which nonetheless mentioned a few ambiguities, others inventing from « reliable sources » the nature of the weapons to be provided.

Apparently, there would be no major contradiction when, in this same impulse, a few hours before the announcement on weapons for the YPG, the American Secretary of Defense Jim Mattis declared in Copenhagen that the United States would involve Turkey in its military operations against Raqqa. And everyone delights mainly in speaking of Erdogan’s anger – staged in substance for the gallery.

This “ballet” is orchestrated on the eve of Erdogan’s visit to the United States, scheduled for May 16th.

Would the Turkish regime be finding here here one element of a response to its aerial bombings on Northern Syria (28 victims) and precisely in Rojava’s zones and installations ? These bombings were suspended following warnings, notably in the form of pre-positioning in border zones of American troops, which had already raised questions. Following agreements over Alep, Russian forces having positioned themselves near Afrin for « the surveillance of these same agreements ».

An aerial exclusion zone was then requested by the North Syrian Confederation… And, using other terms, Erdogan had reiterated the need for a « security zone » which he did not call a « buffer », for once.

“We are fully conscious of the Turks’ concerns for their safety, » Jeff Davis said in substance, according to the AFP wire.

This support to the « anti-Bachar rebel forces » and the role Turkey has played and goes on playing in the evacuations following the re-capture of Alep by the regime and the « securing » of populations is not disinterested. At a minimum, it allows the Turkish AKP regime to keep a toe in international diplomacy, while having to submit to a Russian diplomatic tutelage, that even involved a few « stray rockets » a few months ago.

The ongoing discussion and haggling in which Turkey must be involved de facto, lead to concessions and arm twisting all around.

Russia and the United States, the two major imperialistic forces, while never saying out loud what are their true « interests in need of protection », and taking refuge behind labels such as « anti ISIS » and « coalitions », steer a delicate course between Iran, Turkey, the Irakian Kurds, and contradictory and combined military actions.

Bombings in the back of the YPG/YPJ forces, an essential component of the Syrian Democratic Forces, have slowed progression toward Raqqa and “objectively” aided ISIS, even if Erdogan denies this. The hounding by Irakian Kurds of the liberated zones around Shingal haven’t helped either. Of course, the purpose and intent in both were, of course, to reinforce the weaponizing against Rojava and the instrumentalization, plain and simple, of the YPG/YPJ forces in the fight against ISIS, outside any consideration of the ongoing political processes in Rojava and in the North Syrian Confederation.

The “Kurds are doing the job” Trump says. In no way does he specify what he will do afterward, concerning the Syrian democracy to come…

To crown the whole thing, when American officials make no secret of their intention to reinforce intelligence with Turkey, a NATO member, in the war against « the terrorisms », thus targeting the PKK, one has an idea of the backstabbing a Trump could be preparing, once military relieved of the offensives against ISIS.

In military terms in fact, the offensive on Raqqa depends more on these negotiations on which the Bachar regime keeps a careful eye via its Iranian and Russian allies.

So, rejoicing and starting the fireworks based on Trump’s reversible decision, appears premature, most reckless or, worse, ignorant concerning the ongoing democratic processes. Support for Rojava deserves better than sowing illusions based on Trump’s mean-mindedness, as they were on yesterday’s celebrations of Putin’s « benevolent virility ».

Luckily, the Kurdish forces are not fooled, and nor are their representatives who greet this news as « we always take what’s good to take, but with eyes wide open », to summarize their reactions.

It would be most unseemly in European countries to give the contrary impression, by strewing little hearts all over AFP wires.

For sure, one Trump hides another…