Art and prison • Can the spirit be imprisoned? 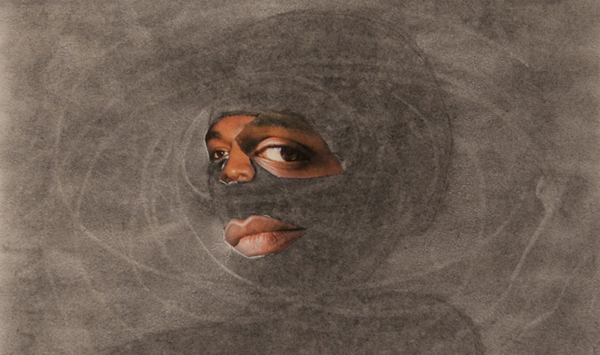 A critical article by Victor Sattler, published in German on Monopol, concerning the meeting “Undoing Prison” between Zehra Doğan, Aslı Erdoğan and Can Dündar, a debate animated by Nil Mutluer (video below).

Creativity takes on a radically new meaning behind bars. Prison art is attracting a lot of attention these days and is often seen as evidence of an indomitable spirit. But some find this reading problematic. 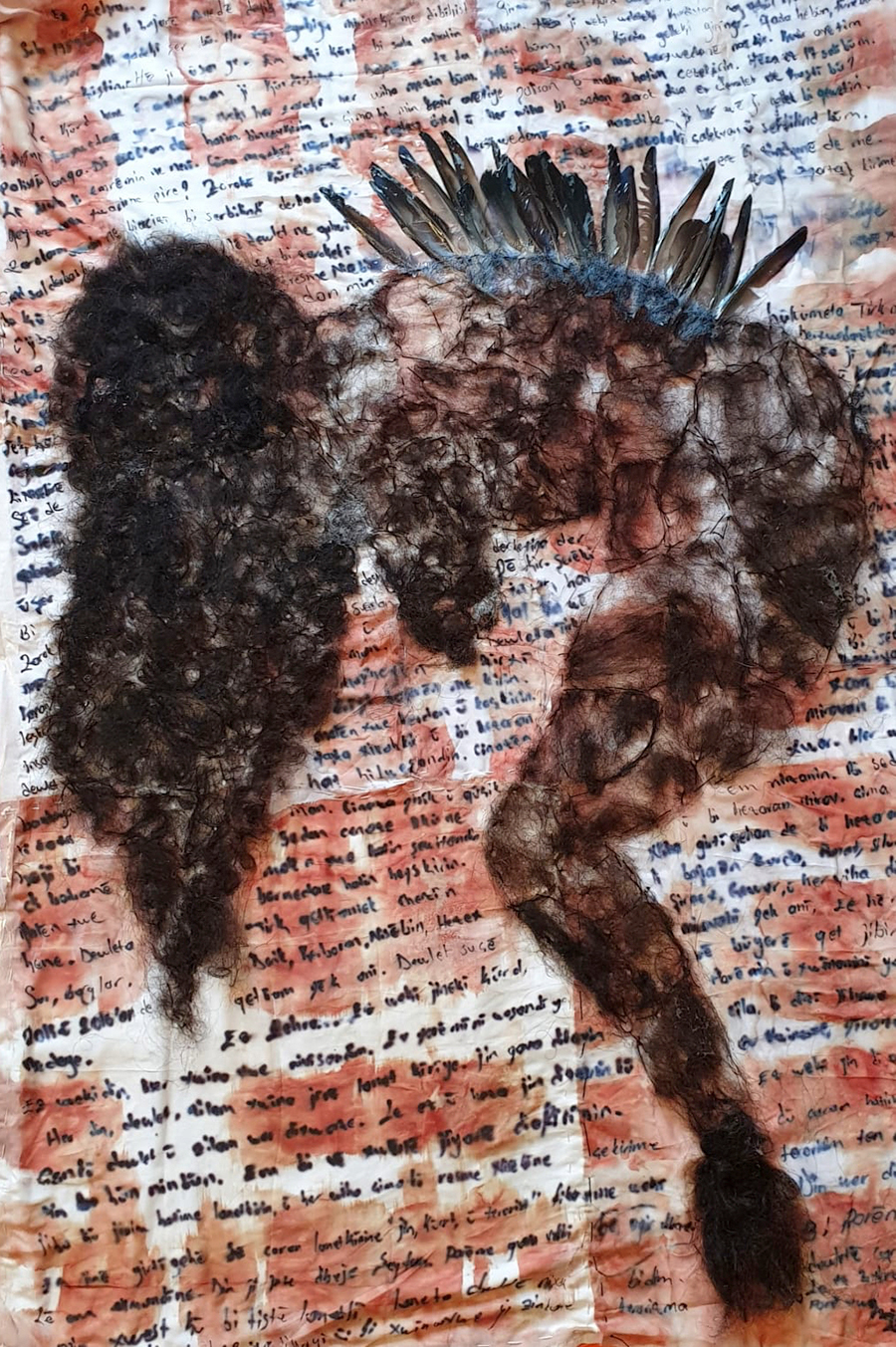 “By holding a newspaper in the humidity of a window in a Turkish prison, you can lift the ink from the pages and use it as paint.” Kurdish artist Zehra Doğan is the one telling us this. Printer’s ink was one of the rubbish items, one of the cursed materials thanks to which she was able to go on painting during her almost three years of imprisonment in Turkey.

The bent over figure of f woman, “I, Zehra” exhibited by the Maxim Gorki Theater in Berlin along with other paintings and drawings from Dogan’s period of imprisonment in the exhibition “Prison n° 5”, following the reopening of the Kulturhäuser, for example, combines a background of black writing with yellowed menstrual blood. A voley of sharp feathers, found by Doğan in the prison yard, bursts out of the figure’s back. Their sharpness gleams through her skin, on which Doğan glued some of her own hair.

Journalist Can Dündar who was incarcerated in Turkey for 92 days for his critical coverage, sees in Zehra Doğan’s creativity a “flesh and blood resistance” a life elixir that brings protection to prisoners and allows them to communicate and to show solidarity. With great conviction, and perhaps against his better judgment, Can Dündar says: “One cannot suppress creative minds”.

Several impressive illustrations of Dündar’s saying are emerging currently: resistance art behind bars, which should no longer be excluded from the discussion, as writes the MoMA PS1 in NewYork. There, “Marking Time” is the first group showing of more than 35 artists currently serving their prison sentence or who have already served it.

Isolated from the public, a distinctive esthetic has developed in prisons – through which some, such as artist Halim Flowers, learnt something at least about Jean-Michel Basquiat through the lyrics in a song. Like Zehra Doğan, the American prisoners used their documents, newspapers, clothes and food leftovers to work secretely on collages, handprints or dioramas. During these experiments, they not only took “conceptual risks” as one of the artists says about his practice, but they even stole pieces of wood to stretch canvas or introduced materials clandestinely in their body cavities. And later, he says, after art had served as an outlet for their frustration, it helped in their rehabilitation.

The political persecution of dissidents and minorities in Turkey and the disproportionate, profit-motivated jailing of black Americans are not the same thing, obviously.

Zehra Doğan and Can Dündar consider themselves innocent whereas the artists in the MoMA exhibition admit their actions, many of them committed when they were 16 or 17 years old. They simply criticize the sentence and the conditions of their detention, pointing a finger at the psychological or economic factors in their delinquency. Nonetheless, the artists in both judiciary systems, Turkish and American, sometimes compare it to slavery. Here, along with Foucault, the opposition is to the disciplinary measures of an authoritarian Erdogan government, there against a blind concept of retribution that is of no utility to American society. “Even without prison, people could be held responsible,” says Halim Flowers.

Is everyone allowed to produce art in prison?

This being said, not all criminals can claim to be aware of carceral art. Since the American magazine “Poetry” provided a platform to jailed poets in its February edition and thus also published the poem of a professor sentenced for owning child pornography, the editors have had to explain and justify themselves a number of times. The writer Johannes Franzen wrote in “FAZ” that the entire action was an exaggeration of poetry and of its publication.

Writer Aslı Erdoğan who was detained in Turkey in 2016 and was invited by the Gorki Theater, could possibly agree with him. At any rate, she does not see in her literary texts the same adaptive performance that Can Dündar praises so highly. “Is this how we should speak about torture?” she asks in a self-critical tone. “Perhaps the best part of us dies in prison also.”

Both Zehra Doğan and Aslı Erdoğan prefer to abstain in the future from these group exhibitions or commercial publications. Doğan had almost “lost faith in art” she says – ironically – not during her imprisonment, but after. What was being commercialized was not her work but her name in the “most zealous way imaginable”, she says. “They are satisfied with mentioning the striking features in your biography, then close the event”, she says, “there is nothing intellectual in all that.” The writer jokes over the the fact she is known in Germany as a journalist because of her arrest without ever having worked as a journalistm “I hope real journalists don’t resent me.”

Although the Gorki Theater also grouped the two women plus Can Dündar under the label of “political exile” and also referred to Erdogan as “a journalist”, among other things, nonetheless Zehra Doğan praised the theater as being a “transparent house” that allowed them to finally go beyond these definition.

Video in English. For the Turkish version, click here.