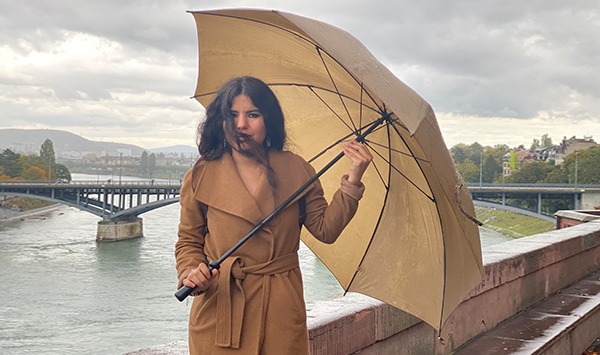 Zehra Doğan has been awarded a new prize. This year, Artissima (Italian Contemporary Art Festival) and Fondazione Sardi per l’Arte have promoted a new prize dedicated to the artist “Carol Rama”, a prize to be attributed to “an artist who embodies, through research and work, the ideals of unconventional feminine creativity and artistic freedom that Carol Rama represented and transmitted through her works and her personality”.

Carol Rama lived and worked in Turin in the 40s until her death in 2015, gathering many artists and personalities around herself. This artist’s creative independence which always defied classifications and feminine stereotypes only gained international recognition in the early years of 2000. Yet, Carol Rama’s work extended over a seventy-year period, from 1936 to 2005, during which time the artist occupied the same studio, on via Napione in Turin.

For Zehra, this prize awarded for her Art is a recognition of the artistic freedom she has put at the service of women’s struggles, beyond her personal history linked to her imprisonment. Her brush strokes, the strength she displays, the treatment she gives to bodies in her work, the free use of materials and composite pigments (learned and mastered in prison) thus resonate with Carol Rama’s work.

Over the past five years, Zehra Doğan will have been acknowledged through a number of prizes, as a journalist, as a free thinker, as an artist sentenced for her freedom of expression.

Exhibited in Europe during her years in prison, her “escaped” works obtained the support and attention of artists such as Banksy and Ai Weiwei, to mention only those two, and that of a wide and numerous public audience for whom the Kurdish cause was often unknown before that time. PEN International and a number of associations called for her liberation and spread information about her situation. This solidarity to which Kedistan, its readers, and an entire team of friends also widely contributed, gave Zehra the support needed for her to spread her word and her art for the Kurdish cause and that of women, following her liberation in 2018.

But Zehra Doğan’s singular personality and strength did all the rest: numerous exhibitions in France, in Germany, in Italy in Brescia, and Milano, in the United-States, films, performances at major events helped to spread word of the Kurdish cause through her, beyond activist circles. Zehra does not self-define as a political activist but as a politicized journalist and artist, a woman who fights without concessions.

Be it in her work, in her prison letters published in French by Editions des Femmes (and soon available in other languages) through her graphic novel tales of prison life (exhibited in the Berlin Biennial), to be published early 2021 by Editions Delcourt, she archives, describes and makes known the fate of the Kurds, her birth people, and the fate the Turkish States reserves in particular for women who rise up against it.

For the second time Zehra was able to hold an exhibition in Turkey. The first was in Kurdistan, furtively, between two imprisonments and this second time in Istanbul in October.

There’s no need to hide the fact that Zehra is a dear friend of Kedistan and our admiration and solidarity with her struggles are that much greater that we are directly involved in them. Which is why we invite one and all to celebrate this new prize she was just awarded.

Other exhibitions are in the works, other meetings also, other actions and performances, inasmuch as the “shut-down” caused by the pandemic will allow in 2021.

And we take advantage of this article in order to convey, yet again, Zehra’s laughter and tears, her utopia and her anger that move things forward, to all those who, since 2015 have contributed to building a bridge toward the future through their direct contributions, their friendship, their networks, and their notoriety. They are too numerous to mention.