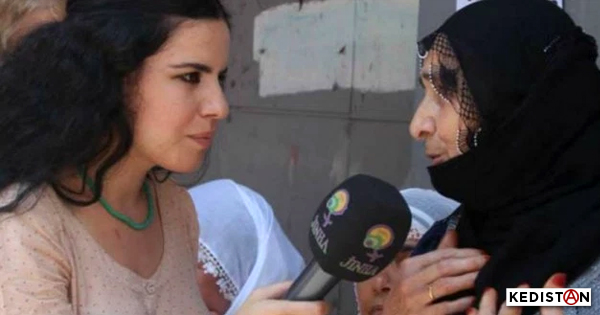 Zehra Doğan, who had been placed in custody in Turkey on July 21, has just been thrown in jail following a parody of a hearing before a judge.

Stretchable accusations of “terrorist links”  allowed both by the new law and the situation following the coup, are serious. The fact a journalist can be accused for practicing her professional activity,  and using the means of communication required to do so, shows where this regime is headed after confiscating justice and, in the last few days, dismissing every judge who was not yet under the Sultan’s boot. In Turkey, journalism leads to prison, and doubly so if you are Kurdish.

We share below a summary of the article published on the web by her news agency JINHA.

Zehra Doğan, a journalist from the feminist agency JINHA was   taken into custody on July 21 in Mardin, at the same time as Mazlum Kavak, councillor to HDP deputy Ali Atalan. Mazlum Kava was freed under judiciary control but Zehra was sent to jail.

Zehra was one of the rare journalists to work in Nusaybin, even during the long curfew period. She was arrested on the terrace of a coffeehouse in the commune of Yenisehir while in Mazlum Kavak’s company.

Following her custody, she was presented today to the tribunal in Mardin. Pseudo witnesses were presented against her, although they said they did not know Zehra personally and had only just then learned her name at the hearing, but they had seen her working with Bilal Gündem ,one of her journalist colleagues, also recently arrested. This was enough for the court to decide that Zehra was to be put behind bars, on “suspicion of possible escape” and in order to be judged later as ” member of an illegal organization”.

For her defence, Zehra specified she was a journalist, member of TGS the journalists’ union and registered at the social security administration as a journalist. She added that all the accusations against her concerned her professional activity and that the testimonies only expressed the fact that she was working. These cannot be considered as evidence of wrongdoing. Indeed, Bilal Gündem, Zehra’s colleague, had also been placed under custody recently, on the basis of similar testimonies. He has since been liberated.

Zehra’s lawyers insisted on the same facts. They added that her sharing on social media and her drawings could not be considered as support for an illegal organization. Zehra was sent to the prison in Mardin.

We call on all journalists, self-respecting European media personalities and intellectuals to mobilize as much as they did for Can Dündar, Cumhuriyet journalist, and even more so, knowing what fate awaits women in Turkish prisons, especially in the East.

Let us make of Zehra Doğan’s case a symbol of the death of all true freedom of expression in Turkey, of the gag order imposed on the press and the media, of the henceforth totalitarian face of the Turkish regime. She is not the only one, and even if we cannot make her carry this struggle alone, her situation is emblematic.

For internauts, to your keyboards, to your pens… All media addresses are availabe on the web for you to send your reactions.

You are a journalist or you know a journalist. Send them this article via email, or write a personal message. Ask them to inform, to react… That is their job.

The emotion caused by her being taken into custody had spread on social media. You had been thousands in sharing and reacting. We must now go even further and denounce this imprisonment, demand the lifting of the false accusations and allow for her speedy liberation.

We will share on the Kedistan page any petition eventually, as well as noteworthy press reactions.

Kedistan is not in odor of sanctity in Turkey. If mainstream media, and journalist simply massively relay the information in a “corporatist” manner, perhaps Zehra will recover her freedom.

Since things are never done better than by one’s self, we have launched an active support campaign HERE. 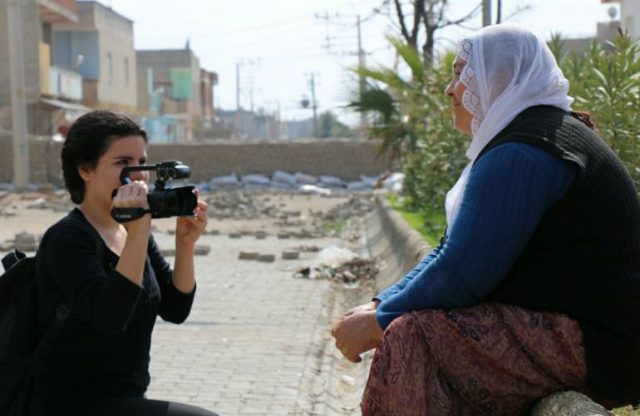