Mamie Eyan • “A sailing we will go” 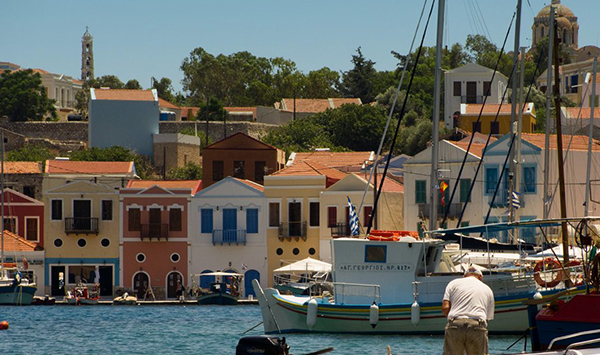 Erdoğan and the European Union are aboard a boat. The EU falls into the water. What is left? …”Migrants”.

On television, the Reis huffed and puffed against Europe and the French President. “Do the French people know the price they will have to pay because of their venal and incompetent leaders?” he asked.

No, no, he truly said “the French people”. And yet the message applied so well to Turkey. I leave to the French the concern of remaining French and of seeing for themselves that, indeed, when it comes to venal and incompetent leaders, those characteristics are well shared across the world; but…

“The price to pay”? Which one, that of gas? We already know that and when winter will arrive, I know many people who will think twice before using it.

But, apparently, all this is about to change.

The Reis had already said so when he inaugurated the pipeline with Putin. Yet, we’re still waiting, and the curve on the Turkish lira appears to be the only thing that has flared out.

Except this time, it is the surest of sure things. The Gas Will Rise out of the sea. 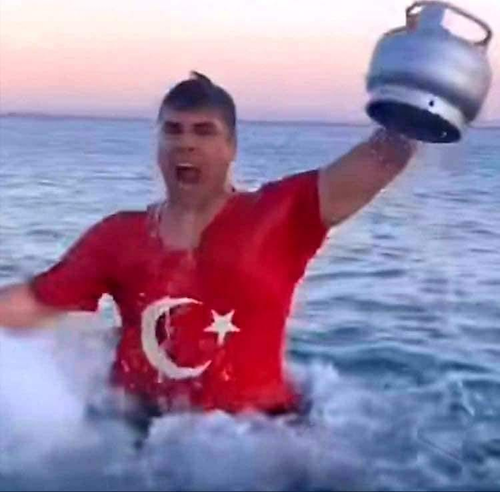 Of course, this will call for a few accommodations because, according to international laws, the gas happens to belong to the neighbor.

But all right, the neighbors are Greeks which is a good thing since we’ve always been enemies. So prepare for combat, call up Mustafa Kemal and the whole treasure chest of recollections of battles and of salvation for the homeland through pogroms. The fiends won’t get their hands on this gas, believe you me.

There is a tiny island, a few kilometers by boats off the Turkish coasts, a quiet little place until a few years ago which is now covered in Greek flags facing coast guard speedboats draped in flags bearing the Crescent. It is called the island of Kastellorizo. Find a map and you will see. Look carefully, the spot is covered in islands. This one is the furthest off from the Greek coast and the closest to Turkey. Not so long ago, its tradesmen covered the 5 kilometers to attend the market of Kas, just across the water.

For those who still can’t find it, it’s in the Province of Antalya, the former pre-pandemic tourist paradise.

Well, this is where the continental shelf is purported to be filled with gas. And – bad luck of the draw – the island was part of the great treaty trade-offs at the end of the Ottoman Empire so that, on paper, the Greeks are at home there. The waters immediately turn murky when the question arises who gets to touch the bottom. Just watch: soon this winter, they will tell us that the price of gas has gone up because of this conflict. Meanwhile, the pipeline can sit by the sidelines and bite its own tail.

Tough, if I’m cold, I’ll go sleep on the rugs inside Hagia Sophia, they say it is open to everyone. Proof of Ottoman secularism.

Enough with the jokes, because this little business about a boat the Reis brings up at each of his public interventions could end up smelling of powder and mustard gas. Which is exactly what he is aiming for, along with the tons of money sleeping under the sea.

It’s as if the Reis was already running an electoral campaign, alone against all, at the front of the ship. What do you call that figure carved there, braving the waves ?

I said ‘alone’, but not really. Because this actor of the Titanic-for-all plays the good buddy when it suits him. This time, with Putin, this other time with the American clown (no, not the one at MacDonald’s, the other one), sometimes, even with the Iranians. He’s careful not to invite them all at the same time, but he has their phone numbers. This is how he can continue cultivating Jihadists in Syria, just as he does in Libya, call the French Macron a colonialist and maintain the illusion of an Ottoman dream. This is also how he can flex his muscles and throw migrants overboard… any time he wants.

So, this little ship that’s set to sea, sounding the continental shelf, the others escorting the traffic in weapons using the NATO radio frequencies, will they be carrying the famous “price to pay”, tomorrow?

I sense they will be made of rubber instead, owned by Turkish smugglers, preferably, and that this is what will be at the core of discussions during a meeting organized by the EU to signal the end of the recess.

So, will old Europe give in to the Neo-Ottoman yet again? Will it go on facilitating the domestic alliances in Turkey between Kemalist nationalists, ultras from the Grey Wolves and business-minded bigots from the AKP, in order to celebrate a victory against the external enemy? Is Germany preparing to quieten Greece by pretending to relieve some of the pressure on its internment camps for refugees?

I’ve reached the point of regretting the days when talk of gas meant tear gas and when youth in Turkey promised other things than militarization, and wanted to make the rotten and greedy leaders in this country “pay the price”. 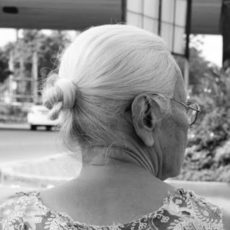