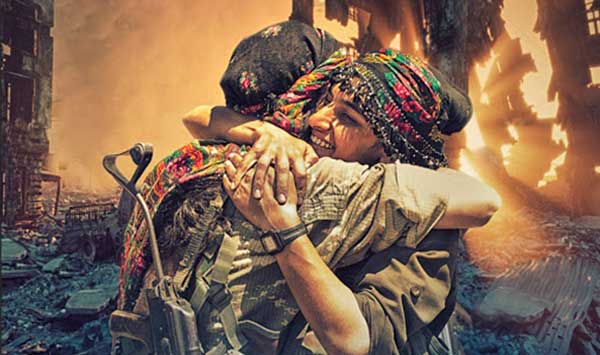 A film from 2018 to fight off the forgetfulness induced by this pandemic: Commander Arian

The situation in Rojava in Northern Syria remains under the sword of Damocles, caught between a constantly threatening Turkey, a Syrian regime intent on re-establishing Bachar’s authority, a manipulative Russia and emerging political divisions between Kurds in Syria, and Iraki nationalist Kurds.

Women played a fundamental role in the liberation of Northern Syria. They are the foundation on which rests all possible progress in the region and they have a heavy price of lost lives in this struggle.

Instead of presenting these fighters as ‘bloodthirsty amazons” this film renders them a well-earned tribute.

On the war front in Syria, commander Arian, aged 30, leads a femal batallion towards the town of Kobane in order to liberate her people from the grip of the Islamic State. An emancipating and liberating tale by Alba Sotorra.

When the war erupted in Syria, a group of women in the Kurdish resistance gathered together the YPJ – Women Protection Units. Arian leads a unit and devotes her life to fighting the Islamic State. As the YPJ approach their target, she begs her comrades to discover the true meaning of their fight: freedom for the next generation of women.

Offering unprecedented access to the commander and her troops, including sensitive scenes when she is recovering from multiple bullet wounds, Alba Sotorra creates with brio a fascinating portrait of a women with a mission.

Video to watch on Vimeo, with subtitles in several languages. Choose your language with the CC icon. 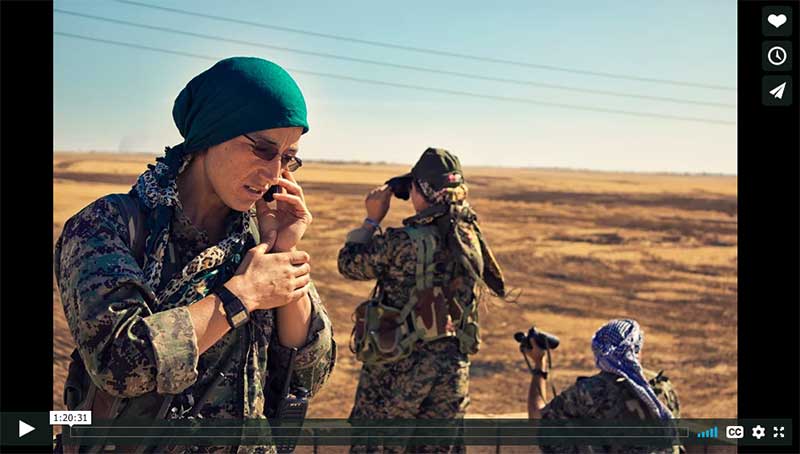