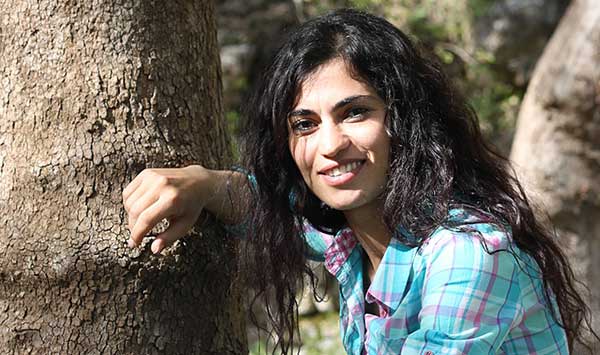 And so, four foreign postage stamps and two official ones. Her name at the top left-hand side of the envelop; under it, the address of her prison (with a despicable name); inside, a lined sheet of paper covered in the black ink of Turkish words. The script, rounded, leans very slightly toward the right. A stamp attests, under her signature, that the letter was subjected to the usual controls (I briefly imagined a guy at his desk with piles of letters near him, a tiny room with nondescript walls, a flag hanging somewhere – or the portrait of the despot he considers it appropriate to call President, unless all he wants is to earn a living). A comrade was quick to translate Nûdem Durak’s letter for me.

In March 2019, I had already written in other columns: “A song imprisoned.” The young woman, born in January 1988 was sentenced to nineteen years of reclusion. Official reason: belonging to a terrorist organization; real reason: she is Kurdish and sings about her people’s century-old struggle. At that time, she was in an isolation cell after letting her mother know over the phone that she supported the hunger strike thousands were holding in Turkish prisons, followed by the entire diaspora, in order to protest against the isolation to which is still subjected Abdullah Öcalan, leader of the Kurdish revolutionary cause, held on the island-prison of Imralı. Strikes she was more than supporting; she was taking part in them. The conversation had been suddenly cut off. One year earlier, the singer had already received a disciplinary sanction – a three-month suspension of visiting rights – for having protested against the wearing of the prison uniform and the prohibition of some activities said to be “of leisure”.

In Turkey, as we know, prisoners are now countless. News from Nûdem Durak, as from her sisters and brothers in incarceration, are extremely rare. Some arrive from Germany, at times; from France, none to speak of.

But I now have this letter after several months of a wait for which I couldn’t help but search for reasons: her health and carceral situation; censorship; her refusal to correspond, which would be legitimate, of course; the vagaries of postal services. She tells me she is entering her sixth year of detention, for having sung; she reads, writes, draws; will not back down and will not deny a thing about her music. “What matters most is not whether the body is imprisoned but if the thinking and the mind are free. If I manage to carry them all the way to you on the outside, that means I am free.”

I had also wanted to contact her older brother, who is free; this was done and, counting on a few sentences in a Turkish resting  on translations and online dictionaries, he had answered the following in substance: his younger sister is ill and visiting her periodically is almost impossible. In fact: something like ten hours of road time separate the prison of Bayburt, in the town and province of that name, from the modest family home in Cizre, in the Southern part of the country.

Other letters were sent since.

Thanks to the help of the co-founder of Kedistan, a Franco-Turk born in Turkey, a long conversation was possible with Nûdem’s brother in March 2020. “As is the case for all Kurds that are arrested, an absurd label was stuck on her – belonging to an illegal organization and propaganda. It was also stuck on Nûdem’s back. The truth of the mattre is, she is a people’s artist. She is a political prisoner.”  As I had written, her guitar was smashed. So were her pencils. Her books and those of her cellmates were seized during the strikes. “Given all that, Nûdem has lived through one demoralization after another. With the stress, her health rapidly deteriorated. She fell ill. She suffers from a thyroid insufficiency. Despite the symptoms – weight loss, fatigue, asthma – prison authorities have not authorized a visit to the hospital to see a doctor.” This position was finally reconsidered; Nûdem Durak is now being treated. “But she has not recuperated yet.” And her brother warns us he has hired a new lawyer who wishes to re-open the file – I will say no more about it here.

This time, some fifty manuscript pages, in Kurdish, were sent to us. Prison poems in the form of a collection, Awazên Jida Azad (Voices of Free Women). Because Nûdem Durak dreams of publishing a book, some day. I also read the translations of the texts of Nûdem, in Özgür Gündem Geôle, a handwritten diary created in prison.

One of them consists of a brief and definitive environmental speech : in it she denounces the destruction of the living by the individualistic, techno-industrial and State-driven civilization – while raising her voice against the “hideous attempts at exterminating the Kurdish people.”

Forteen years to go still, how can that be, and yet.

A few hours before his death, Pasolini said in an interview: “by constantly hitting on the same nail, you can bring a house down”.
So, let’s go on hitting. 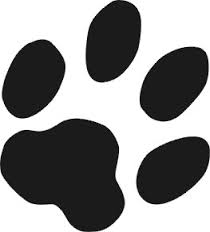