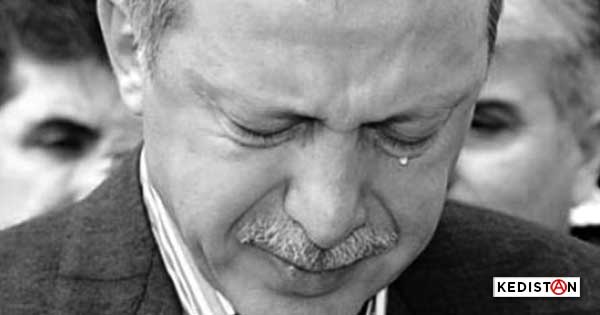 All right, I’m exaggerating again. Erdoğan would have used the word “brother”. Meaning, brother in religion. After all, a criminal friend’s private life is his own business.

Any way you look at it, as they say, you lose one, ten more show up. And there’s no lack of them in Syria.

He won’t have far to go for the burial of the remaining pieces since it’s right next door, just a few kilometers from the border, apparently, and an area controlled by other friends. There will probably be some heavyweights in attendance, apparently Idlib is full of them including some we see on TV.

But what bothers me the most is how the conspiracy theories are making the rounds already.

Some are saying that the Bagdadi had been swimming in formalihyde for a while already and that Erdoğan waited for the right moment to exchange him with Trump…Hmm…Others, more subtle, speak of a delivery…

Rather than building wooly-minded theories, and while hoping that the assassin won’t be awarded prayer evenings for the sake of “brotherhood”, I would rather think of all those who will never come back from the hell that piece of slime had imagined.

I think of my sisters.

And, quite simply, I tell myself that the security zone is decidely more about the bearded ones than about the rest of us. The hatred of the other, spreading at the moment, does not include the assassins? According to Erdoğan, the terrorists would be the “others”?

Spreading terror, forcing populations to leave what they held most dear, throwing on the roads “brother” mercenaries to kill and pillage, for “Fountains of peace”, this is what fighting terrorism in our name consists of?

Who was it that said that there would never be a single Caliph at a time?