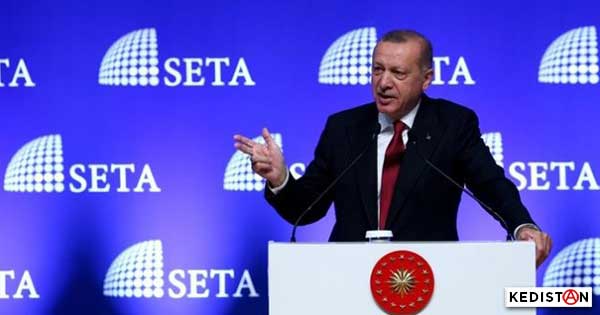 The report pays particular attention to the Turkish-language editorial offices of the BBC, Deutsche Welle, Voice of America, Sputnik, Euronews, CRI (National Chinese radio) and The Independent. It “analyzes” the tendencies of these media, criticizes their editorial policy and provides examples of articles it considers as “biased”. These editorial offices are accused of working at modifying Turkey’s image.

This report, purportedly prepared with the “ambition” of studying the international media, provides a nominative list of all journalists of Turkish original working in these media, adding their biography and career path. It goes as far as observing the personal social media accounts of these same journalist who, still according to SEETA, should not be allowed to reveal their political tendencies. Thus, it focuses  on “such-and-such journalist sharing the publications of such-and-such media” and shows them, thanks to screen grabs…Even those sharing based on the freedom of expression and information are considered as invoking “doubtful” principles.

In its report, SETA “reveals” that the journalists in the Turkish-language offices of media such as BBC, DW, Voice of America, Sputnik and Euronews tend to share articles from the papers where they formerly were employed, thus favouring the sharing of publications “in the front-lines of anti-governmental words” such as BirGün, T24, Bianet, Evrensel, Cumhuriyet, Diken, Turkish DW and RSF.

SETA thus observes a parallel between these international media and Turkish media with a Kemalist, or leftist and secular tendency. “One can state that, in this context, all these media have a common editorial  language contrary to their principles” states the report.

Information in the media under observation is criticized and the report  contains statements such as: “Despite the links between HDP deputies and the terrorist organisation (meaning the PKK), and the fact they transmitted information concerning the struggle of the State against terrorism, they shared false and speculative information  designed to support the uprising of populations in the region (meaning Kurds), BBC Turkey considered HDP deputies as reliable sources.”

This sordid report of denunciation, purporting to be a careful devised “scientific” document, is nothing other than an information file. Its publication provoked a strong reaction, notably from journalists,  corporation organisations and unions, such as TGS, the Journalists’ Union in Turkey.

As for the media at the boot of the State, they seized on the report , crying wolf with headlines denouncing to public opinion “the enemies from the outside”: “Remarkable report from SETA? Several foreign organizations began their activities in Turkey”. As if the Turkish-language departments abroad had only just been created with the objective of destroying Turkey…

The report is particularly remarkable by the language used and its method, similar to reports prepared by secret services during different periods in Turkey. The shadow of MIT’s “scientists” shows through in profile.

Such clear listing of the denounced journalists constitues a real and additional threat for those presently under trial. Since their sentences have not been pronounced yet, this source constitues a risk that may affect the decisions of justice.

But is there any Justice and Rule of Law left in Turkey?

The SETA Foundation describes itself as follows:

“The SETA Foundation for political, economic and social research is a not-for-profit organization devoted to innovative studies on national, regional and international topics. SETA’s objective is the production of knowledge and contemporary and precise analyses in the fields of politics, economy and society, and to inform the public and public and political decision-makers on the evolution of political, economic, social and cultural issues. SETA examines national and international matters in a historical and cultural context.

SETA’s mission is to encourage collaborative and interdisciplinary research, enrich the strategic debate and provide decisers in the public and private sectors with information, analyses and proposals for authoritative and independent action.”

In the conclusion titled “Results and advice”, the report notes that the quasi-totality of foreign media publishing in Turkey speak with a single voice. It advises: “In keeping with their stated principles, they should practice a plural approach.”

Based once again on these medias’ “principles”, the report advises the following concerning the journalists: “their staff should not do any sharing revealing their own tendencies, but it was observed that many of them do not respect this rule. Media must control their staff and take care that their political identity is not reflected in the publication’s language.”

SETA also advises that “The Turkish departments of these media must be under the control of their main hierarchies.”

In conclusion: “The dependability and impartiality of foreign media publishing in Turkey must be followed and known to public opinion. In order to do so “a monitoring and reporting group” should be assembled. Due to the distinctive character of the press, it would not be pertinent for this formation to be constituted by the State (just as well!). A formation constituted within civil society should be encouraged.”

Strange how the analysis mainly examines the “political” image without extending to the “tourism” question.

And the final, killer, line: “Examples that should be followed, such as TRT World’s international public edition on Turkey, must be increased.”

For your information, in 2016 one could already discover the following: “The report titled “Branches of the PKK in Northern Syria, PYD-YPG”, prepared by the Turkish Foundation for political and economic research (SETA) has revealed the organic links between the PYD and the PKK, along with their objectives in Northern Syria. It was established that the PYD is a subsidiary of the PKK.” If you scratch a bit below the surface, you discover that “Monsieur l’Ambassadeur” served as scientific consultant behind the “report”…

By now, you will have understood that journalism in Turkey and elsewhere would never be a crime again if it always reflected “the Master’s voice” in every aspect, according to this report produced in the most opportune manner to “scientifically” envision censorship against media that might broadcast from “abroad” a dog-eared image of the regime. Denouncing on occasion to the section of the diaspora favourable to the regime those “traitors writing from abroad” in order to “call them back to reason”, seems to be one of the motives behind this report. The Turkish regime thus pursues its pressure policy abroad…

Given the absence of reactions along with the collusions both European and international, what is there to stop the regime continue to push in this direction… 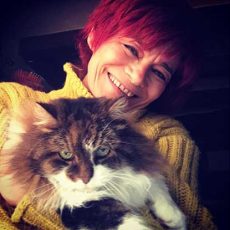