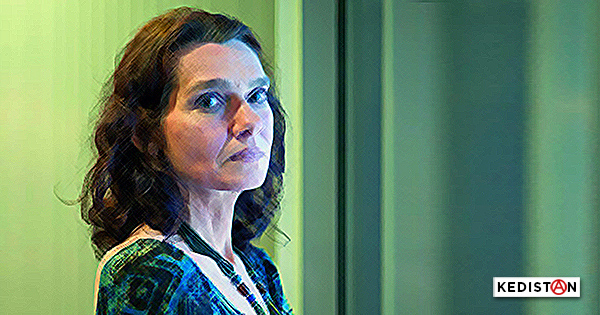 A telephone interview with Aslı Erdoğan done by Barış Balseçer at the bedside of hunger strikers in Strasburg, and published today, May 16th 2019,  on Yeni Özgür Politika.

Initiated by Leyla Güven, appeals have multiplied for hunger strikes denouncing the extreme isolation of Kurdish leader Abdullah Öcalan. Writer Asli Erdogan also expresses the need for the strikers’ demands to be met as quickly as possible and calls on  conscience expressed through public opinion. She underscores the fact that her friend Zozan Ciçek, her co-detainee in jail also on hunger strike, has now transformed it into a fasting until death [with no absorption of fortifiers of any kind]. Aslı Erdoğan salutes all the prisoners.

Here is her message:

Never has there been such a terrifying period

“The fact that 7 000 people are on hunger strike is unprecedented. This can lead to extremely grave and serious consequences. My former cellmate [Bakırköy prison – Istanbul] is presently fasting to the death. Such a young friend. For this reason, my reaction to these hunger strikes and death fastings is even more emotional. Seeing what is happening, and especially the silence around it, is even more painful. While I was incarcerated, conditions were terrible, yet a bit better. I can well appreciate the persecutions to which are subjected the ones on hunger strike or death fasts.

The absence of Rights in Turkey has reached a level that inspires terror. Never has there been such a period, even under times of coups d’Etat. People are sentenced to horrific prison terms, such as 30 years, in the absence of all proof,  with indictments devoid of any legal substance, based on “secret testimonies”. I know of several such cases, or of others I read about. At any rate, the jails will reach the point of exploding… When I see the headlines, I’m afraid we will witness events even more tragic still.”

Conscience is completely dead in Turkey

“The strikers’ demand is legitimate, perfectly justified legally, humanly and politically. This demand which calls on the State to respect its own laws, pursues an objective valid for everyone. Moreover, it is an easy demand to satisfy. The fact this receives no other answer than absolute silence is very terrifying. This shows that the State no longer has anything to do with democracy, with the Law, with conscience and with humanity. That is what is the most frightening aspect of it. 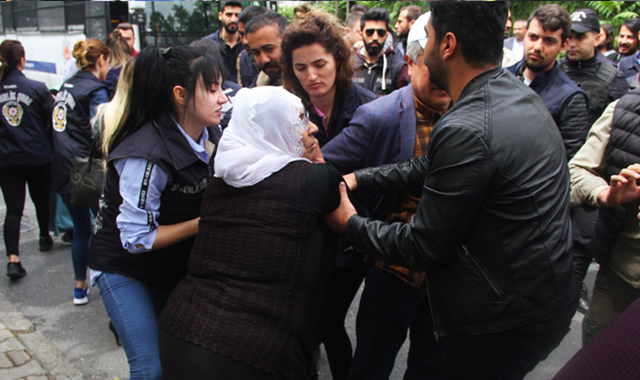 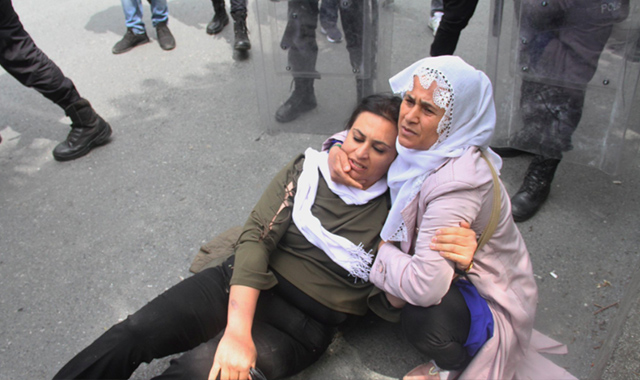 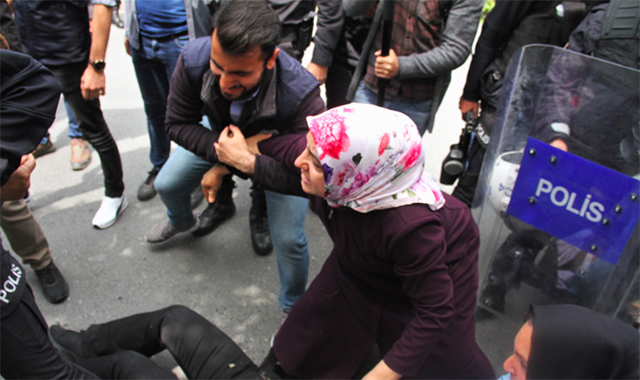 Honestly, I don’t understand why the various milieux, such as that of the intellectuals do not see what is going on and keep silent. I suppose the tabu on Öcalan’s name frightens them and that they tell themselves “I won’t get mixed up in this business”. To what extent do they allow themselves to forget that Öcalan is entitled to his human and constitutional rights, as any other human being? Or are they only preoccupied by the illegality of elections? I don’t know. But, in the end, this silence will kill us all.

This silence must stop as quickly as possible and eyes must turn toward the prisons. I don’t expect public opinion to support the hunger strikes. Still, if 7 000 people have stopped eating and move step by step, day by day, closer to death, we have to ask ourselves: “What can we do?” No matter what your political opinion may be, you cannot remain indifferent faced by this political tragedy. The mothers, children, fathers, sisters and brothers, the relatives of 7 000 people are in the streets, attempting to make their voices heard. I call on public opinion to be alive to this problems.

Not one bite goes down my throat

“What is happening in Turkish prisons must be relayed in European news. We have reached a point where we can no longer speak of a public opinion within the country. There is no more free press, there is no Law. As a minimum, European public opinion must pay attention to what is happening in Turkish prisons. What is more, I do not understand the silence of European countries. This situation cannot be considered as an internal problem in Turkey.Public opinion sometimes responds to certain names, but pretends not to see the hundreds of thousands of people in jail. There are tens of thousands of illegally incarcerated prisoners. From Europe, not a sound. There hasn’t been any reaction for a long time. The fact all this has reached such a point takes its source in the silence of Europe.

The blade is now on the bone. The hunger strikes constitute such a cry. They mean “we can no longer manage to live under these conditions”. Before reaching such a point, much could have been done to keep Turkey within the confines of the Law. But that was not done and still isn’t.

Through Zozan, I salute all my friends. If I were to say “I am saddened”, that would be demoralizing. But I can’t help thinking of them. Not a single bite  goes down my throat. I repeat again: their demand could easily be answered, and this answer would be good for everyone in Turkey.

Their demand is legitimate, politically, legally and humanly.”

HDP elected deputy for Hakkari Leyla Güven began a hunger strike on November 8 2018 during her incarceration, initiating a large wave of support among thousands of political prisoners and outside activists who joined her struggle. As underscored by Asli Erdogan, there are now 7 000 strikers inside the jails. On April 15, fifteen of them raised their action into a fast unto death, by no longer absorbing any fortifiers. On May 10, their number had reached 30.

As for Strasburg, where is our friend Barış Balseçer, 14 men and women have been on hunger strike since the 151st day.

There is probably no need to add that today, the 190th day of hunger strike for Leyla Güven, the conditions of the strikers is extremely critical.

Here is the address in order to support Zozan, the friend mentioned by Aslı Erdoğan, by sending her letters and cards:

On the 190th day of the hunger strike initiated by Deputy Leyla Güven, the Turkish Ministry of Justice has just announced the lifting of the isolation measures.

“The restrictive measures relatives to visits by Öcalan’s lawyers have been lifted”, the Turkish Minister of Justice Abdulhamit Gül announced at a press conference today.

Turkish pro-governmental media comment this declaration as following a visit by the European Committee for the Prevention of Torture (CPT) conducted on May 7th on the island-prison of Imrali where are detained the Kurdish leader Abdullah Öcalan and three other Kurdish political prisoners, and the recent visit of two lawyers.

For his part, Newroz Uysal, one of Öcalan’s lawyers, announced that on April 22nd, they had received a notification concerning the prohibition of interviews. “For this reason, the only interview we were able to have (on May 2nd) was considered  an ordinary one… Although there was no longer any question of a prohibition, interviews were stopped nonetheless. The fact the Minister himself has made this declaration today is important for us, as pertains to the strikers’ demands.”