And we dance on the graves of fascism… 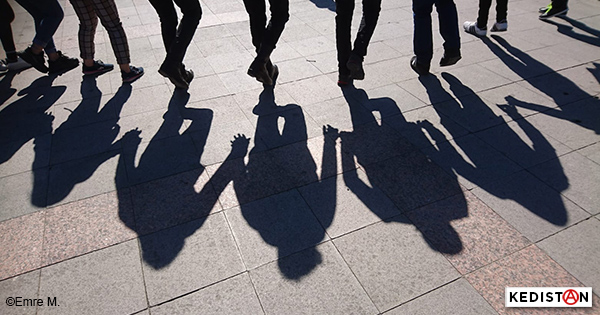 (*) Often, Emma Goldman is quoted with this sentence. Even if she actually never said this, we most certainly do reclaim the feeling it carries. Otherwise, she did say “I want freedom, the right to self-expression, everybody’s right to beautiful, radiant things.”

On March 23, the Democratic Federation of Northern Syria announced that the Islamic State had been defeated. After years of struggle with heavy human consequences, the heroic liberations of Kobane, Raqqa and Der ez-Zor, and months of waiting for the final announcement (the theofascist statist group was only defended a small area for a few months now), the Syrian Democratic Forces have freed us, we living beings on the surface of the Earth, from this cancer, openly supported by the world nation states through the fascist state of Turkey.

So, to celebrate, all over the Federation, we danced…

We, internationalists comrades, joined Derik’s Communards to share a moment of celebration with them. Shyly first, we said hello and approached the small dance circles and, with the help of music (an electronic remix of the guerrilla classics, by a local DJ who came with his truck and speakers), we felt more comfortable, waving the flags of the YPJ and YPG like our comrades, then the magic began to operate…

How to describe such a strong connection with the moment, one of those we don’t expect, that surprises us because suddenly we realize that it is simply here. When beauty is here, when revolution is here, when humanity is here, our gestures become meaningful…

One by one, we added ourselves to the circle, some by love for dancing, others because they were too shy to talk directly to the local comrades (looking forward to the next Kurmancî classes!). Two simple steps to the side, left foot in front, right foot in front, and we start over again. This childishly simple little movement invites everyone to join in the dance, novices and initiates alike, young and old.

Little by little, the human banner spreads. It is no longer 20, 30, but 80 pairs of feet that are moving in rhythm. Bound by our little fingers, our hands describing small dynamic circles, a confusion settles down: the hands and feet of this tangled humanity produce a most fabulous optical illusion, there are now 150 individuals who follow the same tempo, and their coordinated gestures produce an almost psychedelic effect. For a while, we are living in a trance, and although the music is wild, our body activity is very calm. The magic is there, however, to our great surprise, for us who come from ecstatic experiences that are usually more demanding, more consuming.

We look at each other, our eyes pleated with kindness. It is democracy that takes shape, face-to-face, in this space-time of conviviality.

And what a spectacle of diversity in this farandole. A pleiad of faces, genres, freedoms. In camouflage or civilian, Mesopotamian or Western clothing, with a variety of flags, everyone’s expression is welcome and very much in evidence. Witness of this plurality, our mind takes a burst of creativity and we begin to think that this is unity-in-diversity, anarcho-communism incarnated (by exalted anarchist individuality, and by the communist number and coordination). Also, could this carousel be an allegory of movement, initiated by a few dance pioneers, and joined by so many others, to end up making one with society?

But after a good half an hour of communised steps, the music finally stops. The chain breaks, and another melody, even more rhythmic, takes over. Lines then reform, but not as long as the first one. The dance is now much more energetic, requiring good moves, so we left a few comrades aside, but they’re just as cheerful looking at us. At the end of the line, the first fellows allow themselves some free improvisations on the basic steps. They look at each other more intensely, causing the line’s head to curl up on itself, describing a spiral that bends and unfolds.

Gradually, from song to song, the celebration ends. Our delegation is on its way again.

As a bonus, two nice archive pieces from 2008, somewhere in Kurdistan… 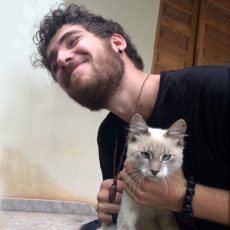