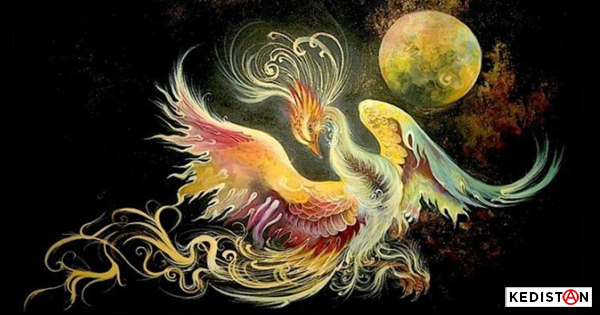 This article, “The Rebirth of the Kurd“, by Barış Balseçer, titled ‘Diriliş‘, will soon be published in Turkish on Politikart.

The Rebirth of the Kurd

• “End of March 2019, four young people in Turkish jails put an end to their lives, in order to “break the isolation” around Öcalan: Zülküf Gezen, Ayten Beçet, Zehra Sağlam, and then Medya Çınar…

Morning darkness, hidden in a curse, filled with heart pain. Those who were silent were not the walls. There is also what the fist says when hitting the wall, obviously. The walls are the maps drawn during ten years of imprisonment. Just as the mountains were about to move back by one step and give birth to light, he abandoned the weight of his malediction in his cell woven with cold. He set aside the springtime of his youth, the stars strewn across the ceiling of his cell. At the moment where thousands of bodies where stretched out in the slumber of resistance, a Kurdish one died.

• “Roboski Massacre“. On December 28 2011, planes from the Turkish armed forces bombed and killed 34 people on the Iraki-Turkish border near the village of Uludere (Roboski in Kurdish).

The day had fled from night. On the traces of feet crossing the borders by walking in the deserted heart of the mountains, a sudden haste. One understood that this trace of footsteps rested on the ground by pressing down strongly on the heels, that the owner of these feet was loaded down with a heavy burden. The traces of his footsteps had sown his weight into the earth. The sun had given way to the moon, the face of the world was covered in snow. His children would not carry his body. Ever. When a light wind blew, the sky split open and iron Ahriman’s vomited fire.1The demonic spirit opposed to the god Ahura Mazda in ZoroastrianismOn the border, drawn with a ruler, at that moment when the day was fleeing the night, a Kurdish one died.

Two children. Leaving their childhoold on their mother’s knees, they left under darkness of night, to work at the bakery. Their story was written from their death onward, otherwise, they were going to live. The weapons of the perpetrators of genocide were stalking the street. In front of the oven, the barbarous “blessed to be Turkish” written in blood proclaimed its baseness in History. At that moment where a lament saying “daye”2mother in Kurdishhid in the worried sleep of dreamers, when the street lights were blinded, two Kurdish ones died.

• On September 28 2009, in the hamlet of Pasaçiya, Şenlik village in Lice (Diyarbakır), Ceylan Önkol (12), killed by a fragment from a mortar shell.

Wearing the sounds of spring, in her dress sewn by her mother, one Ceylan listened to tales with other lambs her age, and with her childhood that would never grow. Dancing butterflies landed in her hair. A short life was about to spread its wings. The butterflies had understood it. Ashamed, the trees hid their eyes with their leaves. The sun remained as witness. In the shack installed by the occupant, facing the village: the finger of baseness that can never be human was on the trigger. There was a noise. At the moment where the birds repented and left for eternal exile, a Kurdish one died.

In the night as the darkness extended, a breach opened in time. It was the season where the trees lose their leaves, the month of October. It was like a season that rained down bullets. One of those nights where lullabies embrace you, where a thousand and one tales are whispered. The night advanced. In the geography of mountains where Lokman searched for immortality, death was now an ordinary occurrence. The blood stained the avenues. The night darkness reddened. In the night, hyenas howled from the talkies. At that moment where the occupant set out in search of blood, a Kurdish one died.

• On March 21 2017 in Diyarbakır, Kemal Kurkut (23), a violonist and student in musicology, executed by the police on the fringe of Newroz celebrations.

He had embroidered love around each string of his violin, he carried the torch of youth on his heart. It was the season of rebirth. He wanted to bear the torch in his heart with his People on that day of Newroz. Melodies of resistance in his ears. Thousands were flowing toward the main square. If all of them had spit, the grains of hatred would have drowned. Without interruption, the sun vaccinated hope on all the bearers of fire in their heart. The spring season was infested by humans with the faces of hyenas. On that day where spring was about to dance, again a Kurdish one died.

• Cemile Çağırga (10) killed in front of her house on September 7 2015. Unable to leave the neighborhood of Cuda in Cizre during the curfew, her family had to keep her corpse in the freezer…

The death of the Kurd is easy… The young ones had shown the way, “the end would be magnificent”. The world would echo back these words at them. Thousands vaccinated with hope formed a semah, a natural unescapable cycle. The four corners were sealed off, the history of barbarism was rewritten again. On that day when a new page was added to the universal history of baseness, the freezer became a coffin. On that day when humanity was decomposing, a Kurdish one died.

The pen tried to write the life of the Kurd. What it scribbled? … barely two sentences. The Kurd died before his time. It was childhood not growing up, the unreachable dream. His season is lament resonating in time. He is in exile on the lands where he grew up. The towns he built are occupied. His thousand year old tongue was inscribed on the mountain, on the stones, his alphabet written on his tongue. His culture was spoiled, buried under piles of earth. Despite everything, with each strike of the pickaxe, it burst forth, this thousand year old history of the Kurd. The more they attempted to annihilate it, the most historical of the histories was reborn in the ground…“We have finished the job,” said the choir of baseness, “it’s finished, we have annihilated them”, said the master of the torturers, while stealing and pillaging constantly… He thought the Kurd was finished. A sentence was pronounced on the scaffolds for those who were gone: “this is our oath, we will not forget you.”

From the sacred lands of Kurdishtan, from its mountains, spring flowed nonetheless.

Birdsongs played in harmony with the rivers. The sacred lands were reborn. Through the voice of the dengbêj,3traditional Kurdish singer, bardthe shattered history of the Kurds became whole again. On his geography where the volcanoes were the first to be silenced, the footsteps of his occupation were visible since a thousand years earlier. The parched lands were nostalgic for the rare water and the voice of the Kurdish People. In these regions where ants would have carried water to a burning Ibrahim,4About the intervention that saved Abraham from the Babylonians, a source would have sprungDewreş was left alone in his struggle.5Dewreş and Adule, Kurdish legend. Adule’s father asks Dewreş to fight to get his daughter’s hand.

It was a moment where time repeated itself and a sound like a sharp knife, rendered the sky. The time repeating, the time of solitude, the death of the Kurd, his silence facing death, suddenly stopped.

At that moment when the spring clouds opened the road up to the sun, a Kurd was born.

Further reading (or watching): “I am the corpse of the Other“…