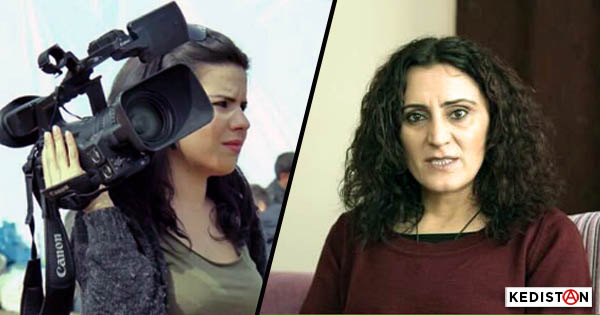 A number of journalists are in jail in Turkey. Therefore, that is where several of them work. It is also where they meet those fighting for another future in Turkey, and who are jailed for that reason.

Zehra Doğan is in Diyarbakır prison again since June. Not so long ago she wrote something like the following : « I’m surely in jail because I’m a journalist and that this is where things are happening. »

During her 141 day long enforced stay in Mardin prison awaiting trial, she had already thumbed her nose at her guards by joining a collective resistance movement that produced two editions of Özgür Gündem, the banned and shut down newspaper, titled for the occasion “Özgür Gündem Jail”. Kedistan has sworn to provide a translation of it and to publish it here in facsimile, while the exhibition of her artistic works circulates. You can also catch a glimpse of it in the book “Les yeux grands ouverts” (Eyes Wide Open).

But let’s get back to journalism…

Zehra, incorrigible and stubborn, continues documenting the lives of activist women surrounding her behind the cold prison walls. Since Turkish injustice does not accuse her of being a journalist, but of doing propaganda for “terrorism”, she carries on with her work. Having received an award for her report on Yazidi women, she knows what she’s talking about.

Here she explores the topic further with a jailcell companion, the Kurdish poet Sara Aktaş, author of two books and a member of the Congress of Free Women. A strong article of resistance, that places women at the forefront.

We can only wish that a number of our male and female colleagues will think about this way of being, of doing, of existing… And will join the solidarity campaign to get Zehra Doğan out of there, along with all the other hostages…

You know the address…

Sara: ISIS, the savage, barbarous terrorist organization, attacked Shengal on August 3rd 2014, in full view of the entire world. While Yazidi lands were occupied, Yazidi women were thrown out on the street, raped, made prisoner and sold on slave markets. From my perspective at such historical moments, events encompass much wider issues, beyond the surface of things, opening out on truths that go well beyond their own reality. In moments when such things are lived through, in parallel to their immediate consequences, they open a new page in history. I’m convinced that a concrete reality became visible through the violence and the savagery experienced by the Yazidi people and women in Shengal. I think that what was experienced opened the door for Yazidi women to a culture, a resistance that goes beyond their own existence.

On the other hand, this was not the first time women were confronted by this violence demonstrated by ISIS. We only know too well, alas, through the consequences of all bloody conflicts, that violence against women is an engrained war strategy. This strategy is applied through thousands of violent methods, by exhibiting women with their organs cut off, by assaults on their physical integrity, by aggressions, rapes, tortures, immolations, enslavement, through sale on slave markets. What was attempted in Êzidxan also belonged to this type of moral abuse, a shame on humanity. Causing suffering and forceful removal aren’t enough to obtain complete submission. In order to transform submission into a method of political control, they wanted to mark memories in a durable way. In other words, they not only wanted submission, they also wanted to break the notion of identity and personhood. This is a typical demonstration in all tyrannies. Their aim is to raise savagery to a superior level, to remind those considered as « enemies » of the terrible fate awaiting them if they do not submit.

Of course, as events in Shengal did not stay within the borders of Shengal, the tyranny inflicted on Yazidi women was not limited to them only. Consequently, from the very beginning, Kurdish women’s identification with this made sense. If today the Movement of Free Women has reinforced its resistance with this campaign, it is in order to carry on in this direction. Because every corner of the earth where women are massacred must be a battle space for women. So I naturally think that the topic must be brought to the conscience of all those who consider themselves libertarians, democrats, revolutionaries, socialists and members of women’s organizations.

Zehra: How do you see the present evolution of this struggle begun with Yazidi women ?

Sara: I would like to emphasize that the legitimate and dignified struggle human beings have led throughout history against slavery, racism, genocides, meets up with with what we observe in the position taken by Yazidi and Kurdish women in Shengal, with the same legitimacy and dignity. For women, the demand for justice, the notion of freedom and the dream of a better world are essentials. For Yazidi women in Shengal, this awakening and this painful call to freedom transformed into a strong will to fight.

The dignity and the strength of the struggle, the legitimate defense of the women who built the YPJ in Shengal and Êzidxan and who are still resisting there, are also linked to justice and rights. This is how « combat » integrates the meaning of « legitimate defense ». It is a means and an obligation. They are defending their most fundamental right, the right to life and to dignity. At the same time, they are demanding justice. We see that they organize the resistance against obscure and savage gangs that have confiscated their bodies, their freedom, their lands, and demand back what belongs to them. In this way, women learn to take their own destiny in hand. Over there, conditions linked to womanhood, to wanting to remain human are protected, created, re-invented. This legitimate struggle is the cry of resistance and victory of Yazidi women against those who want to enslave and annihilate them.

Zehra: In your opinion, why did the attacks on Shengal mostly single out women ?

Sara: There are several fundamental reasons. Foremost among them, the objectivisation and enslavement of women being a strategy of patriarchal domination in the Middle East as everywhere else in the word, this is almost unavoidable. Moreover, as in the attack in Shengal, religious principles don’t simply remain elements of faith, but they affect all women and interfere profoundly with their lives. The savage gangs of ISIS did not escape the application of these rules… Thirdly, prior to these attacks, Yazidi women were not organized, consequently, they had no forces with which to defend themselves. They were dominated by a state of unconsciousness that made them vulnerable to being killed or used as objects. Consequently, the orientation and the speed of implementation of the self-defense are as important as the force and the violence of the concerted attack to which they were subjected.

Zehra: How would you evaluate the effect of Shengal on women’s struggles ? What were the messages sent out to women across the world ?

Sara: First of all, if we consider that historical advances are written out by their actors, the resistance carried out by the women in Shengal becomes a conquest and a legacy for all women’s resistance movements.

The strength of the resistance front organized by the Kurdish women over there means that women step out of their singular position as prey and victim. Women liberate themselves in all areas at once, decide their own fate and future, and become builders, forerunners in the revolutionary process. From this point of view, as political subjects with their notions and strategies for liberation, they provide keys for the freedom not only of Kurdish and Yazidi women, but for women all over the world. That is not all, they have also brought hope to women everywhere, by demonstrating that resistance is possible, even against the most savage of forces.

Moreover the differences between the reasons why women fight and those that motivate men have been demonstrated yet again.

Indeed, war for women not being guided by notions of hatred and vengeance, does not produce savagery. Ethics and a moral conscience based on self-defense are at the forefront. We observe that women on the war front do not become monsters, do not trample on human values, keep themselves apart from practices of ‘that type’. This resistance, led by an avant-garde of women, rises up against the barbarous gangs like an irresistible objection.

Zehra: After many long years in jail already, you are again attacked for your activities for women’s freedom. What common elements and links do you see between women’s struggles inside and outside prison ?

Sara: In his Anthropologie de la douleur (Anthropology of Suffering) David le Breton writes, “The freedom to cause suffering is the dark side of all forms of power ». Yes indeed, the strength of States, of authorities are measured, alas, for women also, by the sum of suffering inflicted on them. For those in power, prisons are also instruments and spaces of torment, of annihilation of dignity and will, in other words of taming and enslavement. It is clear that the frontier between the exterior and the interior is now extremely thin. The outside has been transformed into an even bigger prison. Those who cannot be tamed, enslaved, are put inside, in smaller prisons where the techniques for punishment are more intense. Consequently, for a woman in search of freedom, who refuses to pledge allegiance to patriarchal domination, the one who does not submit in prison also becomes the primary target.

Indeed, in recent times, we are hearing more and more about the attacks against resistant women in the prisons of Tarsus, Van and Elazığ. These attacks do not only involve physical violence. They are told « Submit ». They are told : « Renounce your existence, your will, enslave yourself, submit. » Shows of force, typical of power on the outside, continue inside. But the fact is that persecution can never win against legitimate and dignified resistance. Be it outside or inside, no matter what the conditions may be, we will extend, enlarge the legacy of resistance we have built out of our own lives, our blood, our beliefs and our will. Women, on any soil where persecution dwells, will tear down the walls of fear and render empty all those waves of attacks targeting their existence.

To conclude, I take this opportunity to call on all women’s organizations, on the organizations of civil society, and on each human being endowed with a conscience and dignity, to raise a voice against the tortures, oppressions, and violations of rights committed in all prisons, notably in those of Tarsus, Van and Elazığ. 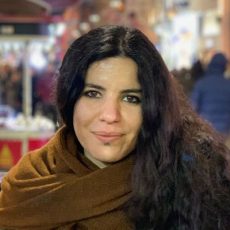