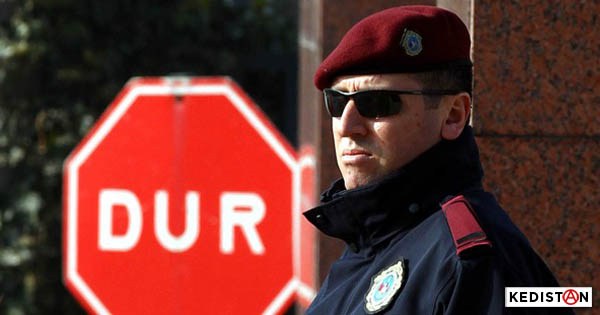 We have learned of the recent failure of an operation organized by the MIT (Turkish Intelligence Service) targeting leaders of the PKK.

According to sources close to the PKK, the MIT was planning an attack similar to the assassination of three Kurdish activists – Sakine Cansız, Fidan Doğan and Leyla Saylemez – in Paris in January 2013.

Ömer Güney, presumed author of that triple assassination died in December 2016 of a brain disease before his trial scheduled for early 2017. French investigators had concluded to the « involvement » of members of the Turkish Intelligence Service, MIT, according to a source close to the case. But they remained cautious as to the degree of MIT’s involvement, and on the identity of the one giving orders. As noted by the prosecutor’s office in the summer of 2015, prior to M. Güney’s trial being sent up before the courts, the inquest could not establish if these agents had acted « with their superiors’ authorization » or « unbeknownst to their service in order to discredit it or to harm the peace process » then underway between Ankara and the PKK.

Allegations by the PKK that members of the MIT would once again have been caught red-handed has created tensions between the AKP and the Patriotic Union of Kurdistan (PUK). This tension is what attracted attention and brought the event to light.

As the Turkish Minister for External Affairs, Mevlüt Çavuşoğlu, was visiting Hewlêr, on August 23rd Turkey closed the PUK’s representation in Ankara, despite its presence there for 17 years, and expelled it’s representative Behroz Gelalî. While everyone was trying to understand the reasons behind this decision, Gelalî returning toward Souleymanieh declared that « Within Souleymaniye’s borders, a problem occurred with Turkey », without providing further information.

However, two days later, the PUK’s spokesman Sedî Ehmed Pîrê, speaking on the Voice of America (VOA) announced that “The MIT had prepared an operation targeting the PKK, that this operation had been uncovered and dismantled and that Turkey was accusing the PUK. »

On August 28, Diyar Xerîb, a member of the Presidential Council of the Kurdistan Communities Union (KCK) confirmed the « capture » of MIT members : « We were able to bring them before the cameras by putting bags over their heads. » As for Cemil Bayık, co-President of the KCK’s Executive Council, speaking on the News Channel yesterday, he specified that « a large-scale plot was uncovered and stopped. »

According to information provided to international news agencies by sources close to the PKK, the MIT has been involved for a long time in the preparation of attacks and kidnappings, targeting high-level cadres in the PKK. Several MIT cells would have been activated to this purpose. The PKK would have thwarted the activities of some of these cells, and kept others under control. As a reminder, an MIT cell was neutralized on August 7 between Zakho and Batoufa.

Up until now, the MIT was mostly active and operational in the line running from Dohuk, Zakho to Erbil. In this latest attempt, according to medias in Southern Kurdistan, the zone known as Raperîn, (Ranya, Sengeser and Qaladze) was chosen as an operational zone and one of the targets was Cemil Bayık in person. Following preparations done in Souleymanieh, high level cadres of the MIT arrived to give the green light. The same medias say these cadres were taken prisoner along with the MIT cell members.

Southern Kurdistan’s television station NRT announced that the MIT members are detained near the Dûkan Dam, but there is no specific confirmation on this.

According to the Firat News Agency (ANF) the two MIT cadres responsible for coordinating the operation and seized by the PKK carried Turkish diplomatic passports and were part of the anti PKK branch of the MIT. The agency also reports that following the aborted operation, the MIT contacted the PUK demanding release of their members from the hands of the PKK.

A PUK delegation spoke with the PKK but did not receive a favorable response.

Such programmed activities are not new. The fact they are becoming more specific in the context of the international political talks that will be necessary after the fall of Raqqa, shows the nervousness of the AKP regime in a context where Turkey will not occupy the space it strove to achieve, and where weighting on political and territorial divisions, especially on Kurdish political options, will be the rule.

Desiring a « victory », be it through the terrorist practices of targeted assassinations against known personalities in a movement the « international community » finds opportune to maintain on the list of terrorist organizations, the AKP is no longer satisfied with its political hostages, nor with « migratory blackmail ».

Kedistan is not a specialist in deciphering « dirty tricks » but seeing this tangle of “services”, could not stay silent over an information that matches up with the tightening and toughening of the Turkish regime’s diplomatic and political stances, the multiple attempted attacks against Rojava and the ever-growing wave of interior repression.